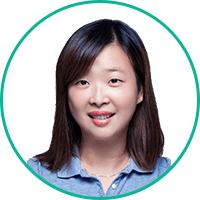 This Asia tour is selected from across the whole country. If you desire of this beautiful country, go with us to discover the amazing Asia now! Travel with a local guide and visit the ancient temples with hundreds of years, explore culture & natural beauty. From the metropolis to the pristine islands and rolling highlands, you will always have something to do!

Cruise around the beautiful Halong Bay for an up-close look at its amazing limestone islands, rock formations, and caves.

See and learn how Cambodians built a life around the Ecosystem of the lake with fish and crocodile farming, floating markets, schools, and restaurants.

The rickshaw ride will give you the liberty to capture the beauty of Hanoi with your cameras and you can also breathe the culture.

The rickshaw ride will give you the liberty to capture the beauty of Hanoi with your cameras and you can also breathe the culture.

The banks of the Mekong River are blessed with dazzling blue skies, brimming with exotic fruits, and dotted with markets, temples and colonial-era mansions, no travellers would skip this wonderful place.

Wake up early to beat the crowds on your Angkor Wat tour! You will see the beautiful view of the sun reaching over the top of the temple!

Today you will fly to Hanoi. On arrival, your private guide will welcome you at the arrival hall and transfer you to your hotel with a private car and driver. Your guide will help you with luggage and hotel check-in and ensure your arrival is worry-free

Today you'll jump into Hanoi's sights and sounds on a tour that covers all the essentials. You'll visit the Ho Chi Minh Complex, which includes the Mausoleum, Ho Chi Minh's former stilt-house residence, The Hoa Lo Prison, The One Pillar Pagoda, and The Temple of Literature, which, dating back to 1070, is Vietnam’s oldest university.

After lunch, you will explore the enthralling Museum of Ethnology, which contains an extensive display of life-size structures dedicated to Vietnam’s 54 ethnic minorities. Next, enjoy an hour-long cyclo ride winding through the narrow, chaotic streets of the Old Quarter - a must for any visitor to Hanoi! The day finishes with a traditional performance of the famous Vietnamese Water Puppets Show.

Day 3 - Head to Halong Bay and Overnight on Board

At 08:00 am, you will be picked up at your hotel and start the scenic 3.5-hour drive to Halong Bay, one of the most spectacular UNESCO World Heritage Areas and the world's largest marine limestone 'karst' landscape. Enjoy the landscape of the Red River Delta countryside and have a short break en route.

Meet the crew upon boarding the traditional Vietnamese junk, then relax and enjoy lunch while the boat heads towards the secluded islands. All meals are included during your stay on board. You will then visit a fishing village by a rustic rowing boat, meet the local people and pass through the floating school and pearl farms. Return to the junk refreshed and relax on the sundeck with a drink to watch the sunset. Enjoy a freshly prepared seafood dinner under the stars. Overnight on a boat in Halong Bay.

Wake up early this morning to catch the sunrise over the bay with a Tai Chi lesson on the sundeck (if weather permits) followed by breakfast. You will visit a famous ancient limestone cave in the middle of the bay where you'll discover magnificent stalagmites and stalactites as you walk along the lit paths on a guided tour. Enjoy a tasty brunch while cruising back to the main harbor Pier at around 10:30 am, where your guide and driver will wait for you and drive you back to Hanoi (about 3 hrs).

You will fly to Ho Chi Minh City. Upon arrival, our guide will meet you and escort you to your hotel. The rest of the day is on your own to relax.

In the early morning, drive about 2.5 hrs to Mekong Delta Area. Cruising on the Mekong River for sightseeing: the fish floating market, islands of Dragon, Unicorn, Turtle, Phoenix. Land on Unicorn island, take a walk on the village road and visit an orchard of tropical fruits. Visit a bee farm, enjoy honey tea and visit a typical house in Mekong Delta. Visit the coconut candy workshop, and taste fresh candies. Enjoy tropical fruits at a local farm, and listen to Southern traditional music.

Next to land on Dragon island, transfer by cyclo or motorbike to local home. Have a homemade lunch and enjoy cooking time with some dishes such as “Banh Xeo” (Vietnamese crepe); Spring Rolls.... with the owners. After lunch, return to the boat station. Transfer back to Saigon. End of tour at your hotel.

After breakfast and checking out from the hotel, you will transfer to Ho Chi Minh City airport for your flight to Siem Reap. On arrival, your private driver will take you to the hotel for check-in. After settling down, relax at the hotel.

After breakfast, you will start to visit Angkor Thom, the last capital of the Khmer Empire, which was a fortified city enclosing residence of priests, officials of the palace and military, as well as buildings for administering the ancient kingdom.  Next, we travel to visit Bayon temple located at the center of Angkor Thom City. It is known for the 216 giant mysterious faces carved on the 54 towers, each posing a differing mysterious smile, keeping watch of each compass point. On the walls of the galleries are many bas-reliefs depicting scenes of everyday life, great battles, and military processions during the Angkor period and Phimean Akas, Elephant, and Leper King Terraces.

In the afternoon, we continue to visit Ta Prohm and Angkor Wat. Unlike most of the temples of Angkor, Ta Prohm has been largely left to the clutches of the living jungle. It shows the dynamic interaction between nature and man-made art. Whereas the legendary Angkor Wat is visually, architecturally, and artistically breathtaking. It is the world's largest religious monument and a masterpiece that showcases the pinnacle of Khmer Art. Its beauty and state of preservation are unrivaled; its artistic distinctiveness is as fine as that of the Taj Mahal. It is a massive three-tiered pyramid crowned by five lotus-like towers rising 65 meters from ground level. Angkor Wat is the centerpiece of any visit to the temples of Angkor.

This morning you will visit Tonle Sap, the largest fresh-water lake in South East Asia. After picking up from Hotel, you will visit Kompong Phluk Floating Village, The name Kompong Phluk translates to “Harbour of Tusks”, reflecting the past trade in elephants. Kompong Phluk is a cluster of three villages of stilted houses built within the floodplain. It is an attractive small community surrounded by mangroves, virtually untouched by time or tourism. During the boat trip, you will explore Floating Village, a High steak house in Tonle sap Lake, the local community, and children school.

After having lunch at a local restaurant, your guide will you will set apart to Siem Reap airport for your international flight home or to your next destination. 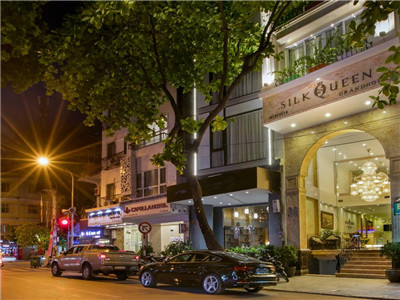 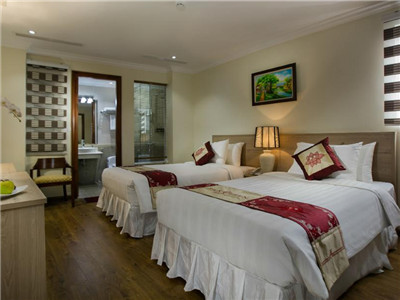 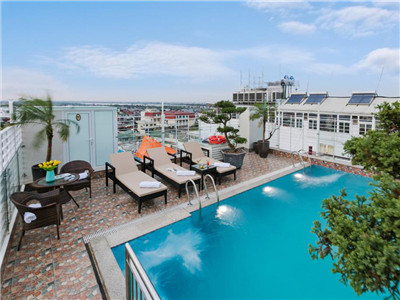 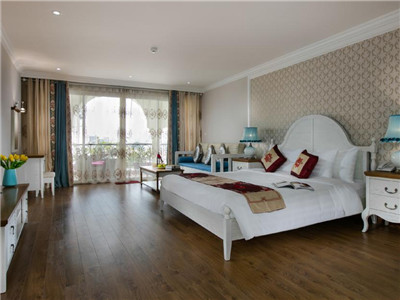 Room Type：Executive Room
Why this Hotel: 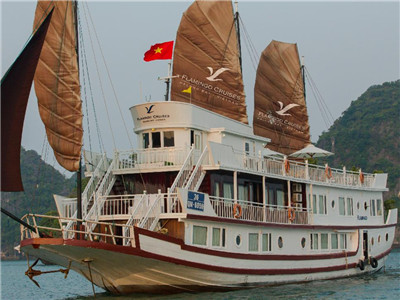 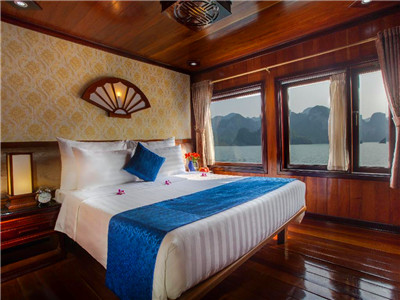 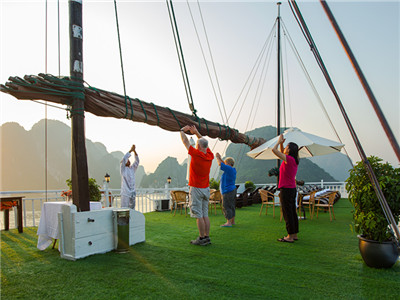 Guests can join the Tai Chi sessions, cooking lessons, or enjoy some alone-time on the sun deck. Water activities include swimming and kayaking. 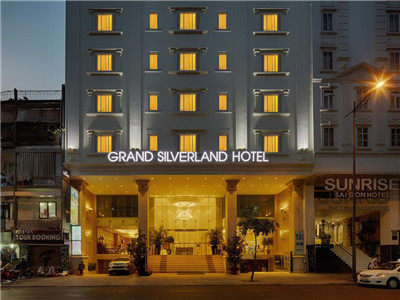 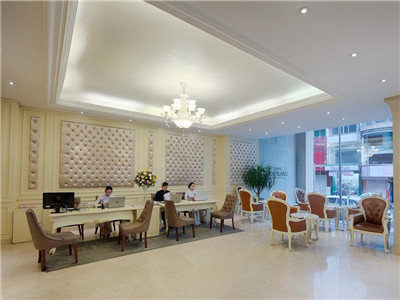 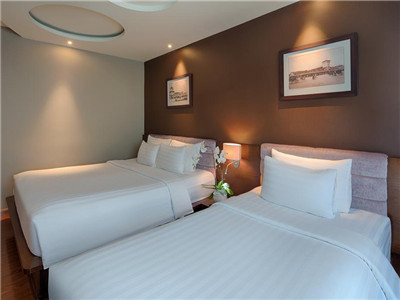 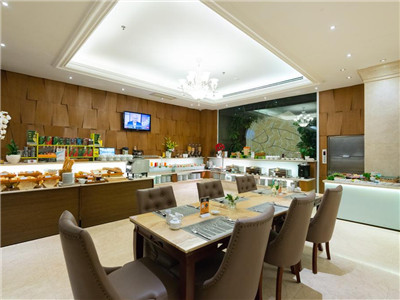 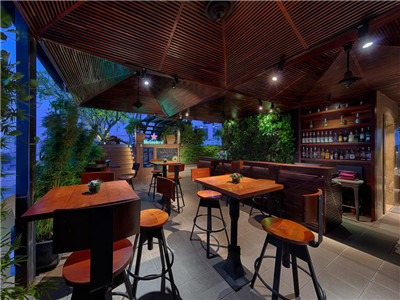 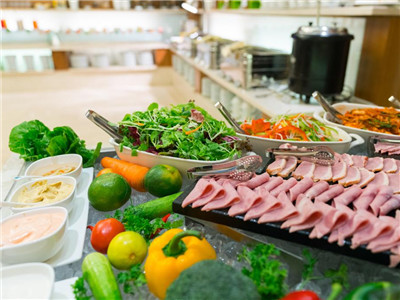 Room Type：Premier Room
Why this Hotel:

Within a 10-minute walk from Sunwah Tower, Opera Building 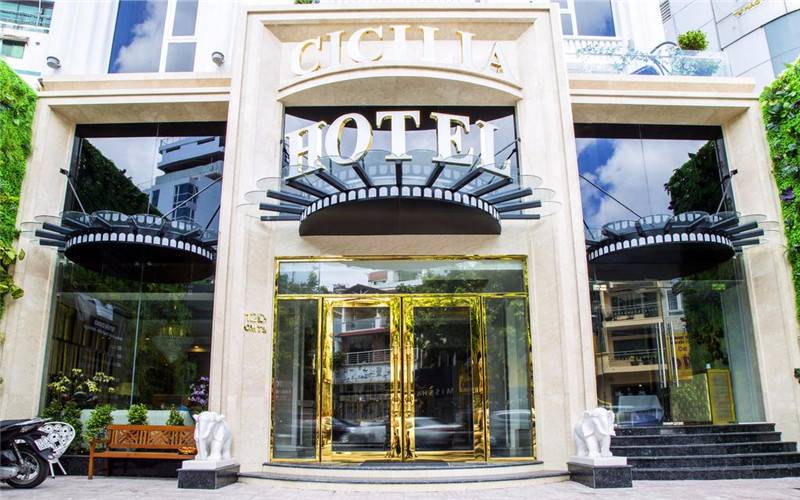 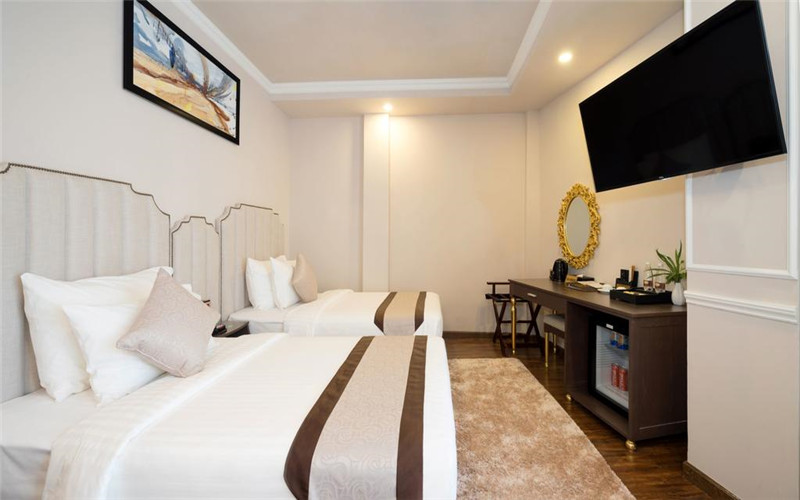 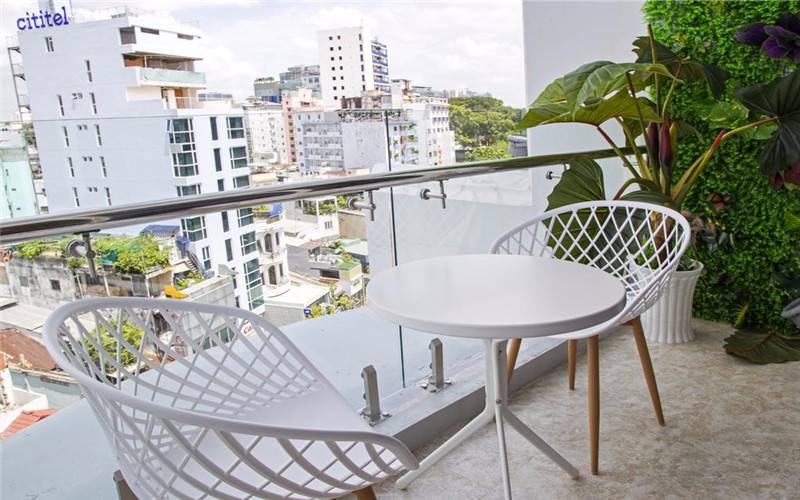 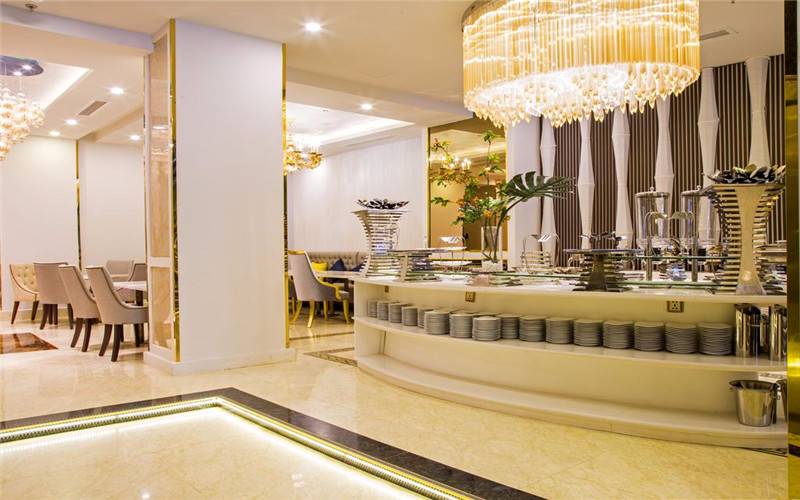 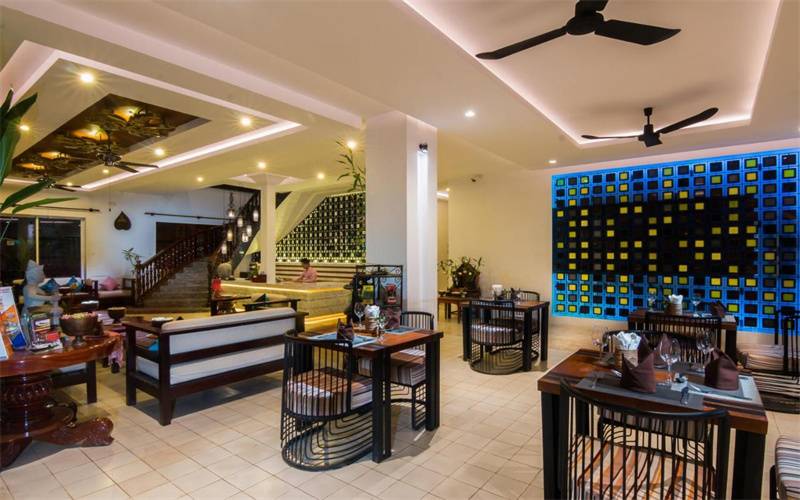 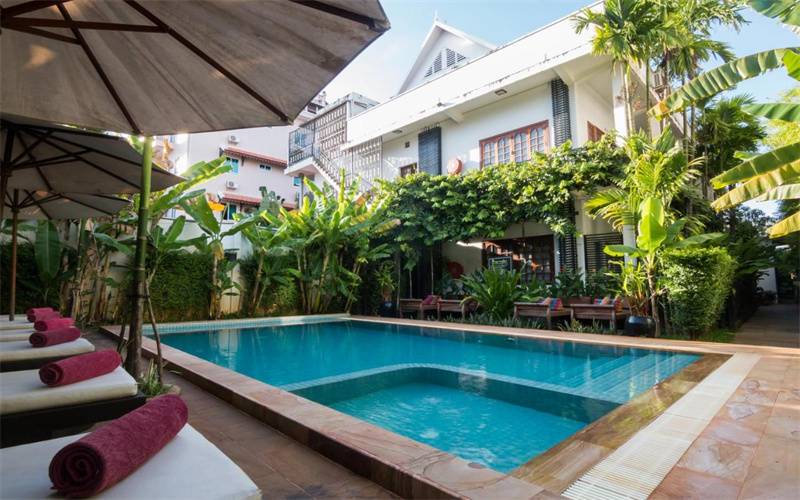 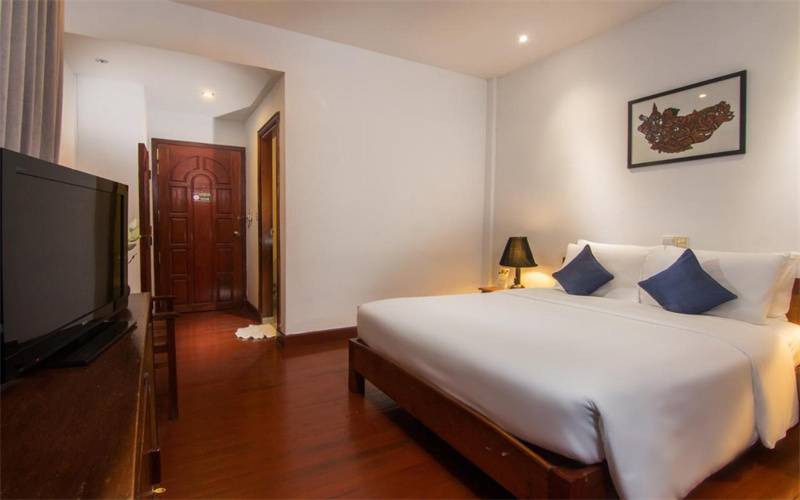