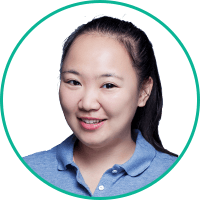 This Cambodia tour is selected from across the whole country. If you desire of this beautiful country, go with us to discover the amazing Cambodia now! Travel with a local guide and visit the ancient temples with hundreds of years, explore culture & natural beauty. From the metropolis to the pristine islands and rolling highlands, you will always have something to do!

សួស្ដី Sua s'dei.Welcome to Phnom Penh, Cambodia. You'll be met on arrival at Phnom Penh airport and transferred to your hotel.Enjoy your free time in the afternoon.

Day 2 - Head to Koh Kong for your Adventure

In the morning, you will leave Phnom Penh for Koh Kong by road. The 5-hour drive brings in fresh air and rural oveliness all the way. Check in to your riverfront hotel upon arrival. Relax for the rest of your day.

Your uniquely designed Eco Resort in Tatai, Koh Kong Province are Cambodian inspired cabins, which are made of natural materials, are perched on the Tatai River. Each cabin has a balcony with a hammock, a sunbed, & a dining set. Your private balcony is where you can freely appreciate the spectacular view of the surrounding area.You can jump directly to the river from your balcony for a refreshing swim.

Known to the outsiders as the ‘Wild West’ froniter town, Koh Kong has this reputation well earned for the various attractions it holds. Today, you will take a boat trip passing Ta Tai Village all the way to the beautiful Ta Tai Waterfall. Legend has it that once a boy was saved by a hermit, and the son's father named the waterfall after the hermit in honor and appreciation. Have lunch in a nearby restaurant.

In the afternoon, you will trek in the woods seeking for reraly-seen wildlife, making it an adventure-full day for your Cambodia tours! You will be back to your hotel before sunset.

Today you will go kayaking in Cardamom Wilderness! Koh Kong's pioneering community-based ecotourism has gone a long way for Cambodia tours' fans, and trekking and kayaking in the wilderness are definitely the highlights to Cambodia tour makers. Have lunch in a nearby restaurant.In the afternoon, we will be back to your hotel. Relax yourself from the exciting day.

After breakfast, our guide will escort you back to Phnom Penh (around 5-6 hrs). Upon arrival, the rest of the day is free at your leisure.

Today a fullday city tour introduces you to the sights of Phnom Penh, a city that lies near the confluence of the Mekong and Tonle Sap rivers.It remains a living relic of the country’s past struggles and successes.You will be transferred to Royal Palace, and visit the Silver Pagoda, National Museum and Wat Phnom. Have lunch at local restaurant before a visit to Tuol Sleng Prison Museum，a former school that served as a Khmer Rouge torture centre, and it’s estimated that more than 20,000 people were held and tortured here.The Killing Fields of Choeung Ek which tells the story of the tragic legacy of the Khmer Rouge.The Choeung Ek Memorial，home to stupa made up of some 8,000 human skulls, marking the site of the infamous Killing Fields.This was the execution ground for the torture victims of Tuol Sleng, and standing in this peaceful setting it's almost unthinkable to imagine that to date nearly 9,000 corpses have been exhumed from the area.

Morning departure from Phnom Penh to Battambang by private transfer (about 5-6 hrs), enroute, you will stop at Phnom Oudong, the ancient Cambodian capital during the latter stages of the Khmer Empire and crowning site of many past kings. Consisting of a series of stupas atop a large hill, there are outstanding views across the surrounding plains below. Phnom Oudong was bombed and desecrated by the Americans and then the Khmer Rouge, but still possesses a beauty that no war has been able to steal from it.  Then stop at Kompong Loung to visit the village of goldsmiths along the Tonle Sap, manufacturing souvenir center stopping.Continue to Pursat Province, famous for its marble stone carvings. You will also taking the time to stop at a pottery village in Kompang Chhnang before arrive at Battambang. Upon Arrival Battambang, check into the hotel, and free time for you.

Today you will discover the city of Battambang, a charming big city where you can watch the elegant houses in the French colonial style along the river. You then visit the Provincial Museum and the pagoda before heading to the 11th century temple of Wat Ek Phnom.

You will pass through traditional villages along the route where you can attend the manufacture of family rice cakes and contacting people about their daily lives. Afternoon, we drive an hour's ride to the hill of Phnom Bannon (337 steps) and its temple, Prasat Bannon, 7th century, which stands atop mountain that reach by a long staircase. From there, you can also admire the beautiful scenic landscape of villages, plains, pagodas. We drive to the Bamboo Railway Station. The Bamboo Train has been set up by the villagers to facilitate the transportation of goods and people. The train in itself is very basic – one platform on 4 wheels activated by a small motor. Sitting on the platform we travel the 8km to the next station through beautiful landscape and rice paddies. On arrival, you will visit a village and discover the daily life of the Cambodian countryside. You will also visit a workshop which is specialized in wooden sculpture.

Today you will transfer from Battambang to Siem Reap(about 3-4 hrs). You will visit a Khmer village and enjoy view of the rice field and a lots of palm trees with great fresh air.You will also board on boat in Tonle Sap Lake, the biggest fresh-water lake in Southeast Asia. After check in at hotel,enjoy your free time at leisure.

Tonight is free to enjoy one of the many restaurants on the famous 'Bar Street' boulevard in central Siem Reap. You may also wish to marvel at the skills of the Phare Cambodian Circus troop for an entirely different option or chose to watch a traditional Apsara Dance Show.

After breakfast you will start to visit Angkor Thom, the last capital of the Khmer Empire, was a fortified city enclosing residence of priest, officials of the palace and military, as well as buildings for administering the ancient kingdom.  Next, we travel to visit Bayon temple located at the centre of Angkor Thom City. It is known for the 216 giant mysterious faces carve on the 54 towers, each posing a differing mysterious smile, keeping watch of each compass point. On the walls of the galleries are many bas-reliefs depicting scenes of everyday life, great battles and military processions during Angkor period and Phimean Akas, Elephant and Leper King Terraces.

In the afternoon, we continue to visit Taprohm and Angkor Wat. Unlike most of the temples of Angkor, Ta Prohm has been largely left to the clutches of the living jungle. It shows the dynamic interaction between nature and man-made art. Whereas, the legendary Angkor Wat is visually, architecturally and artistically breathtaking. It is the world largest religious monument and a masterpiece that showcases the pinnacle of Khmer Art. Its beauty and state of preservation, is unrivaled; its artistic distinctiveness as fine as that of the Taj Mahal. It is a massive three-tiered pyramid crowned by five lotus-like towers rising 65 meters from ground level. Angkor Wat is the centerpiece of any visit to the temples of Angkor.

This morning is at your leisure in Siem Reap, then departure for your international flight. 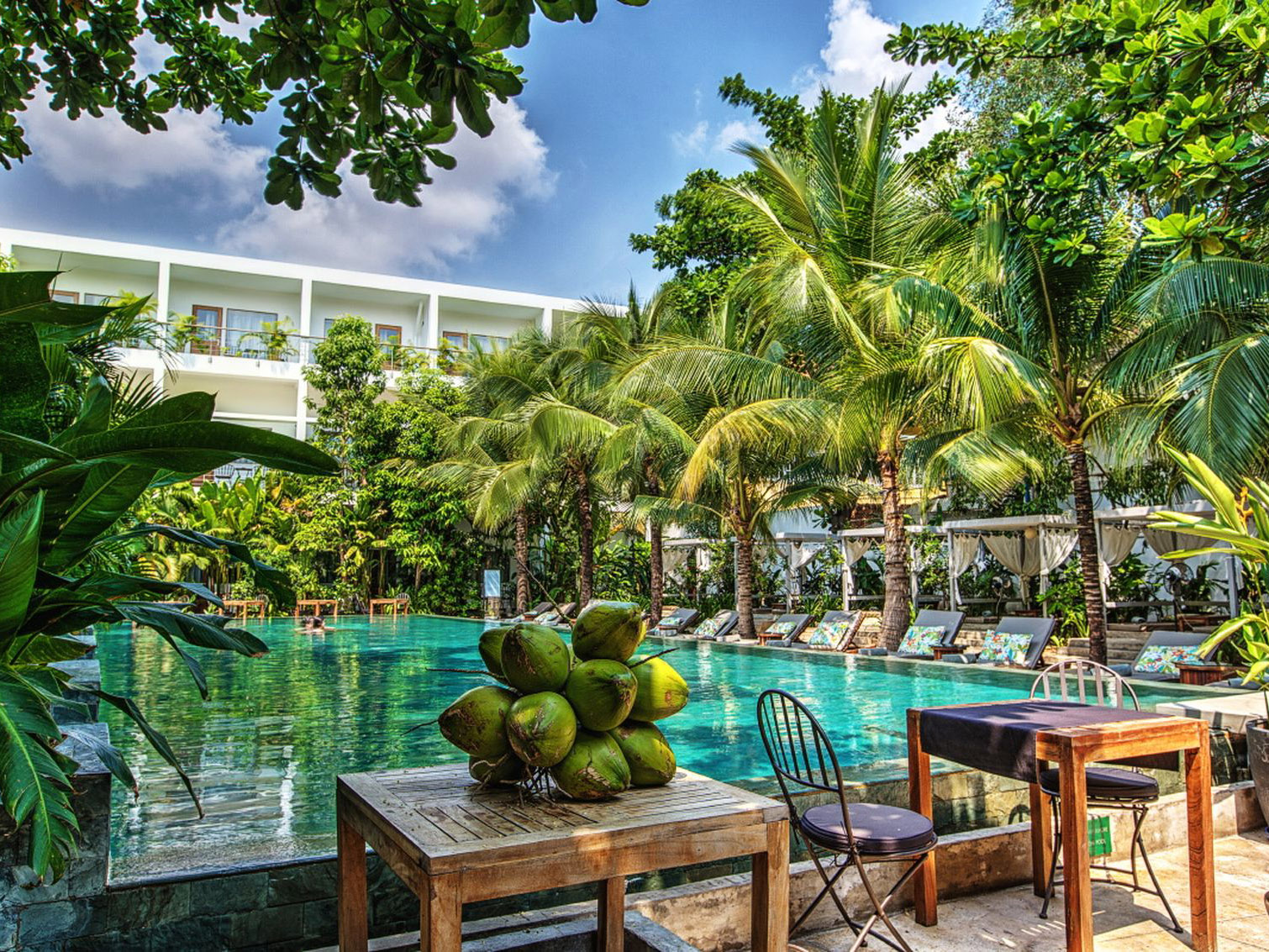 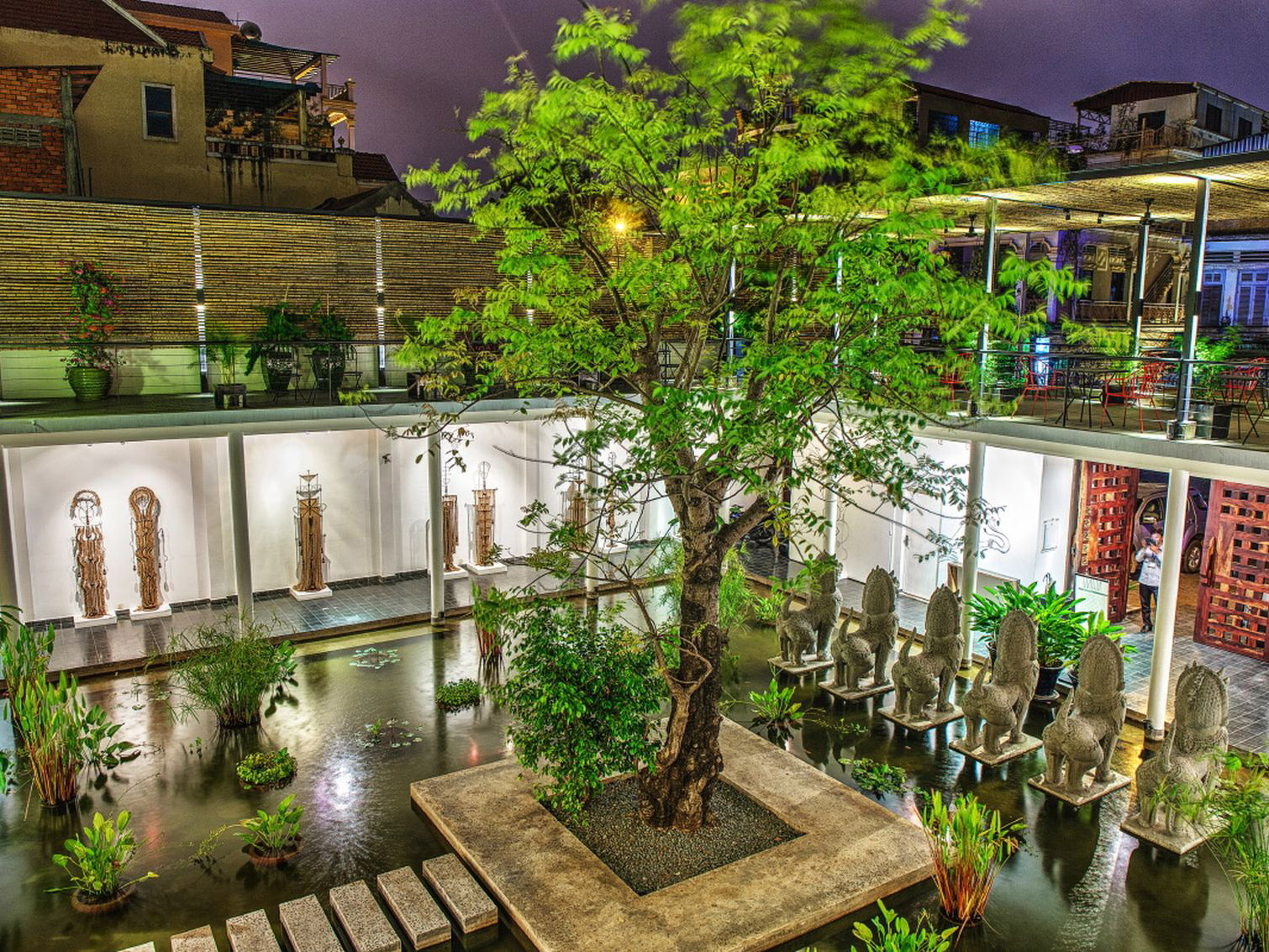 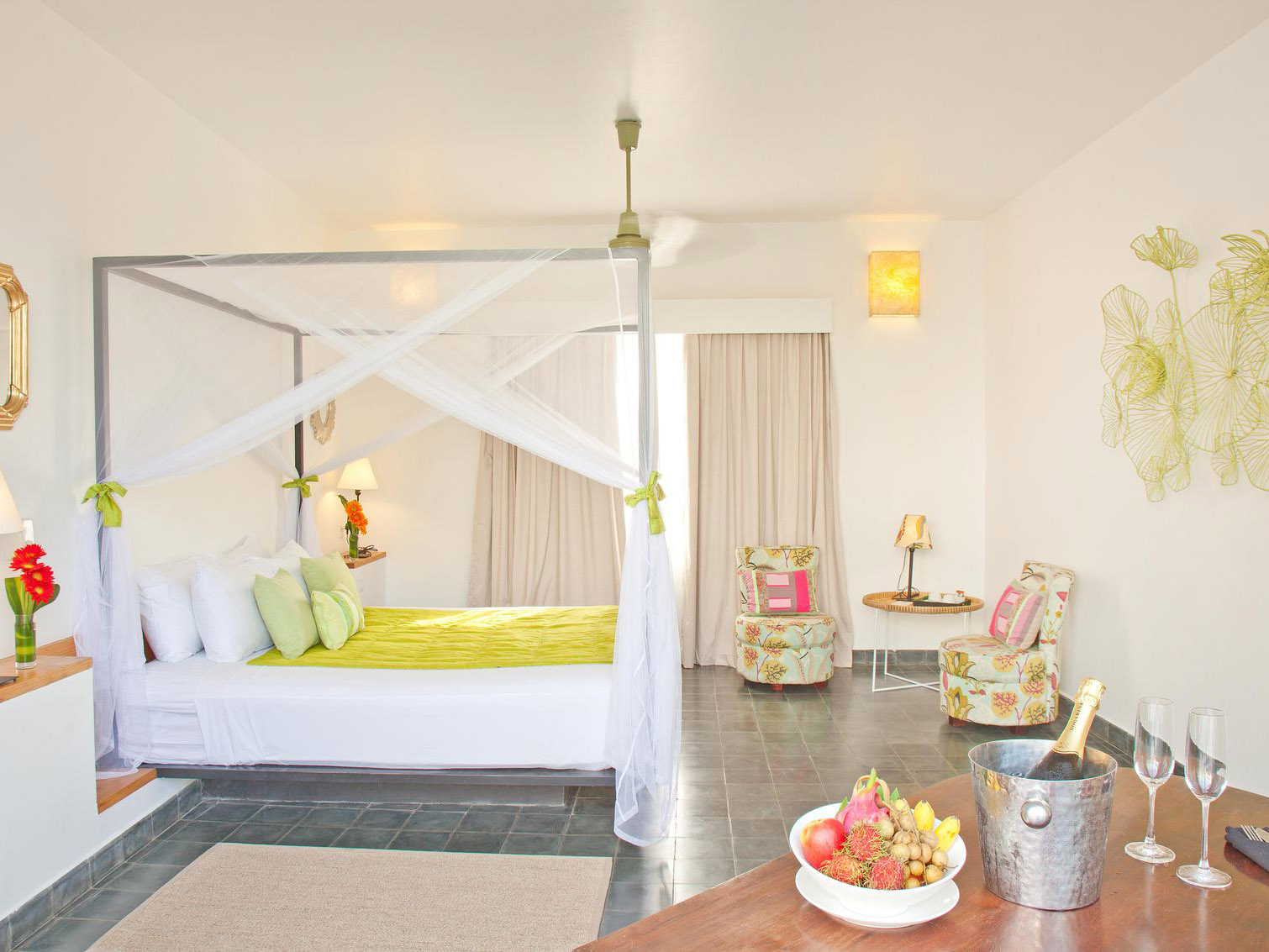 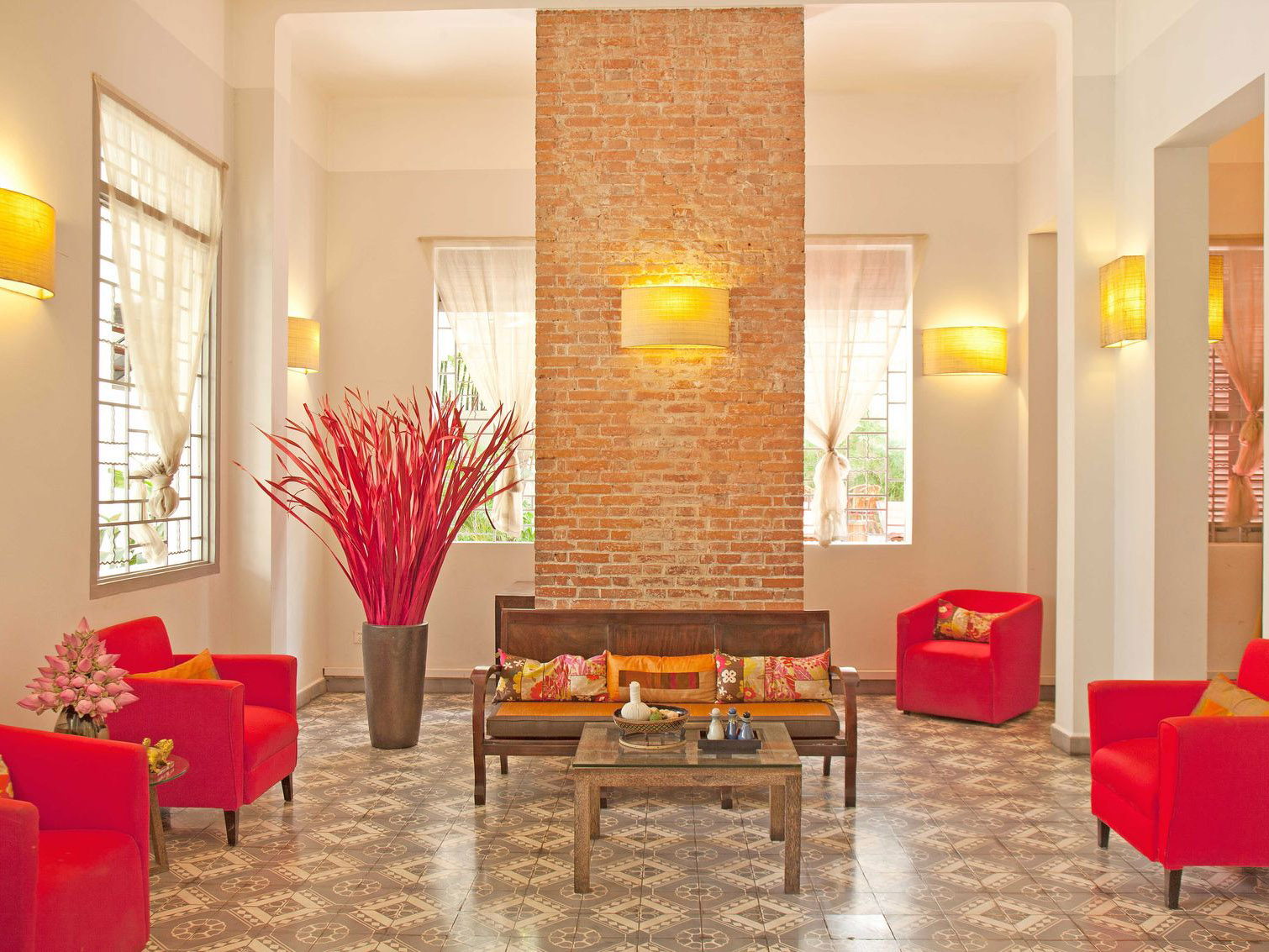 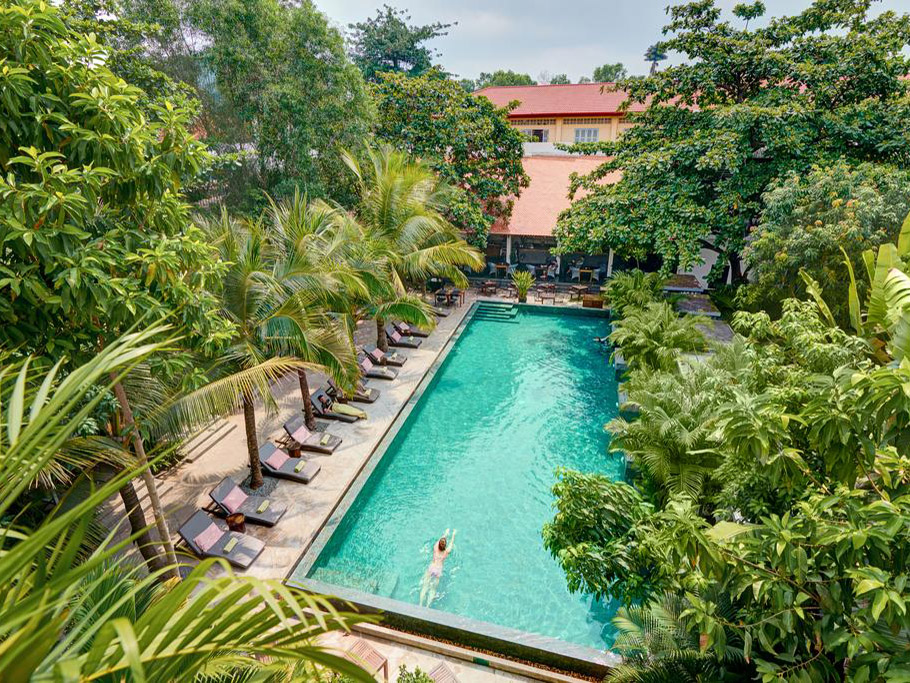 The Plantation Urban Resort and Spa

Situated directly behind the Royal Palace 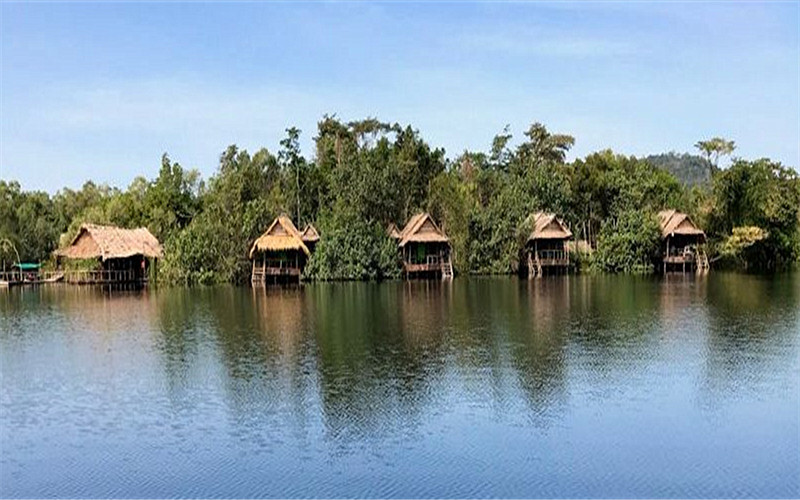 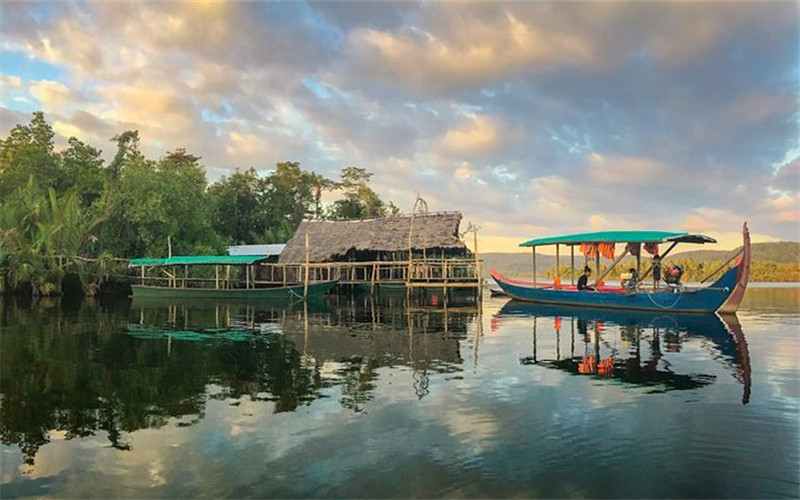 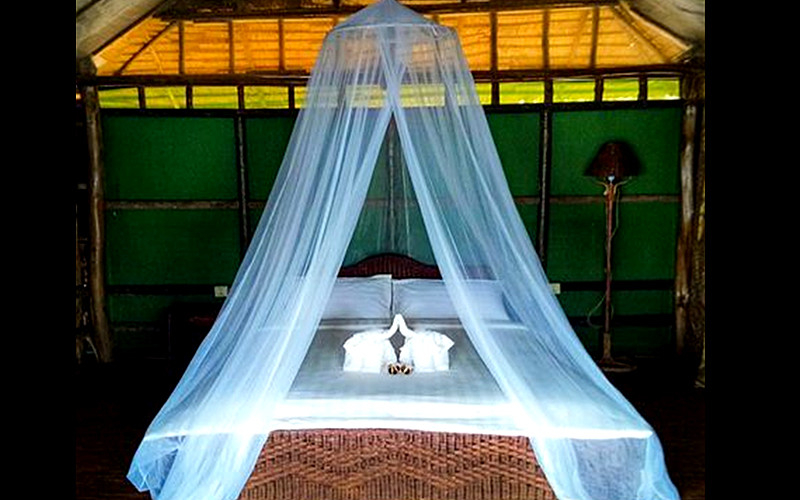 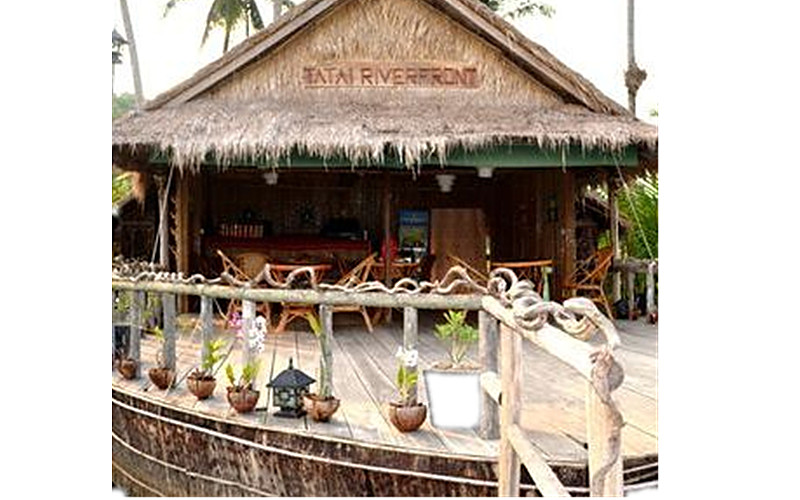 Room Type：Riverfront Cabins
Why this Hotel:

Ranked No.1 of 3 B&Bs / Inns in Tatai by Tripadvisor's travellers

Each cabin has a balcony with a hammock, a sunbed, & a dining set 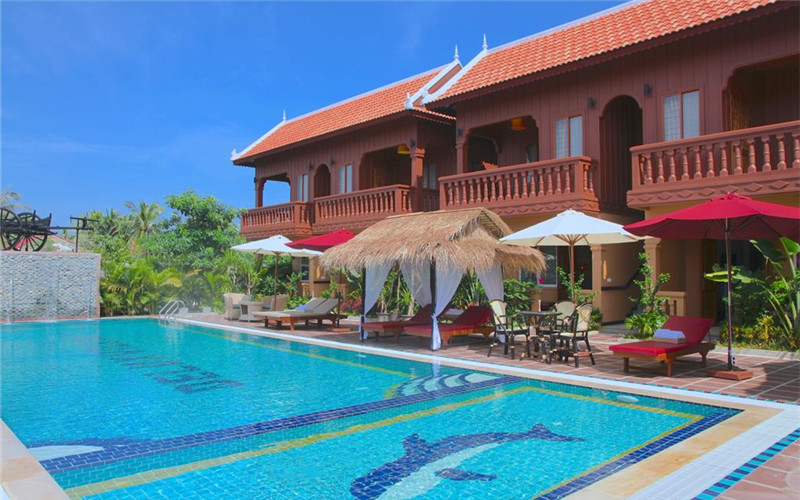 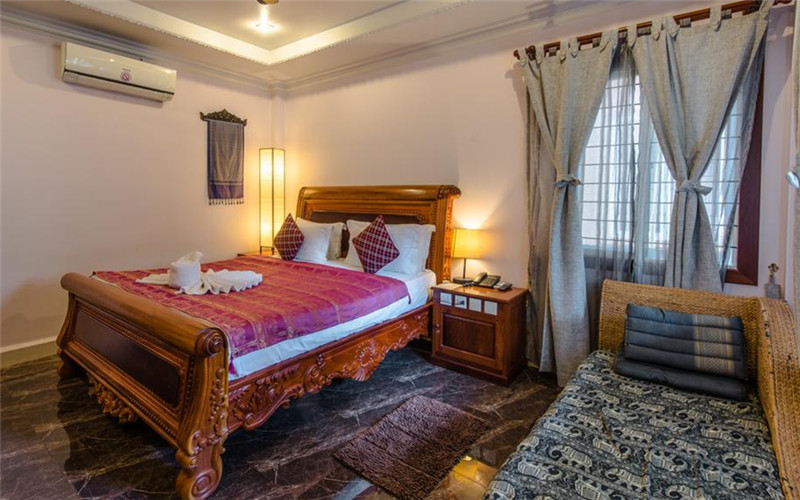 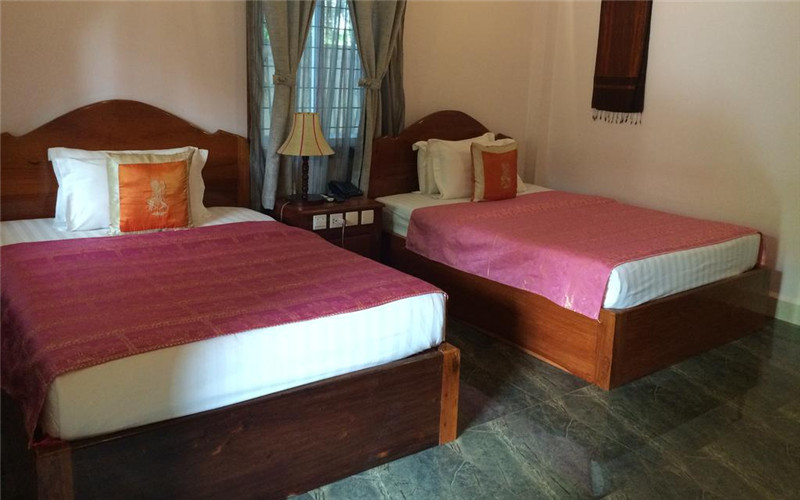 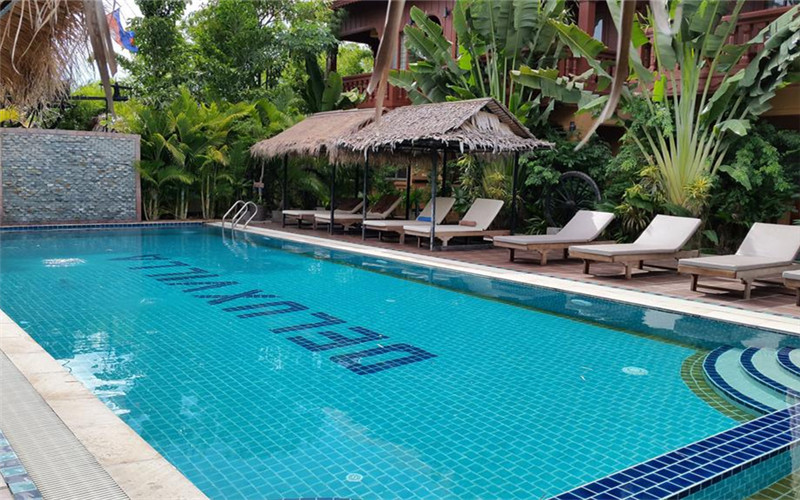 Battambang Train Station is only a 5-minute drive away 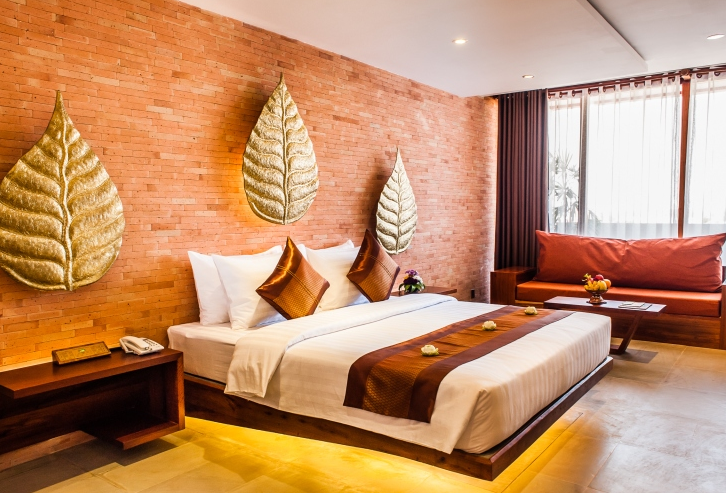 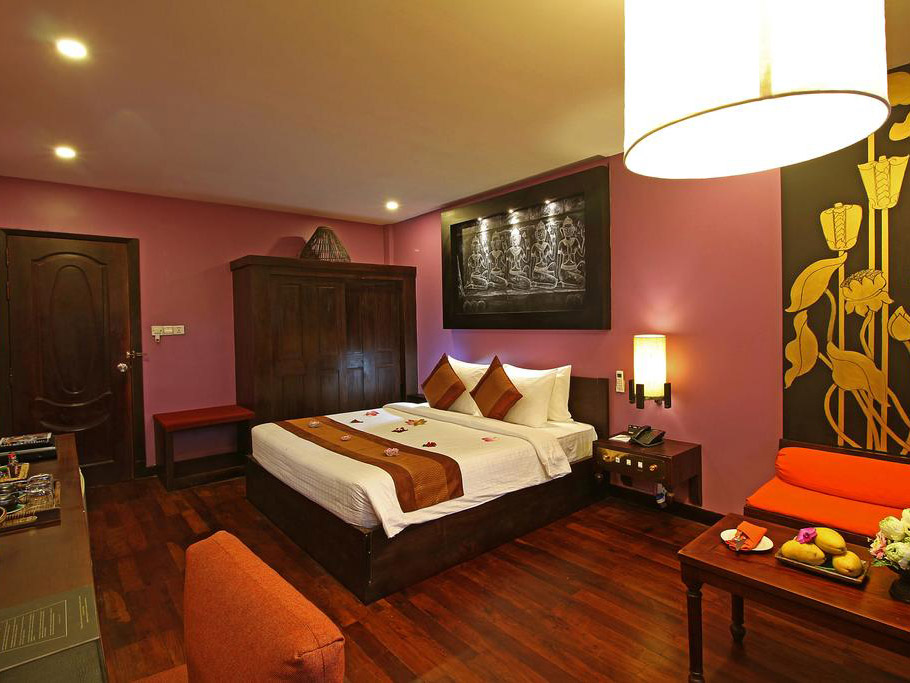 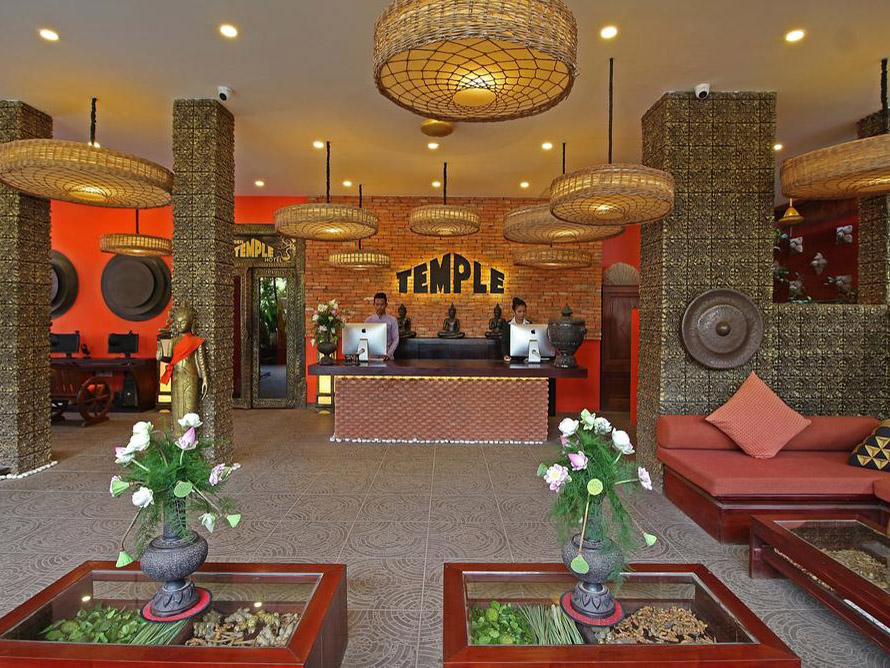 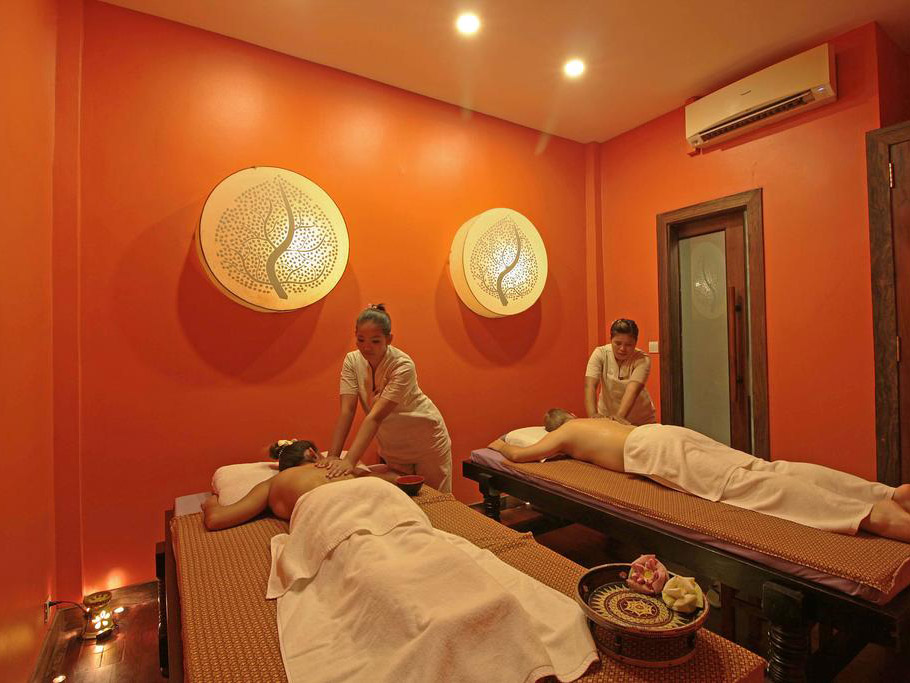 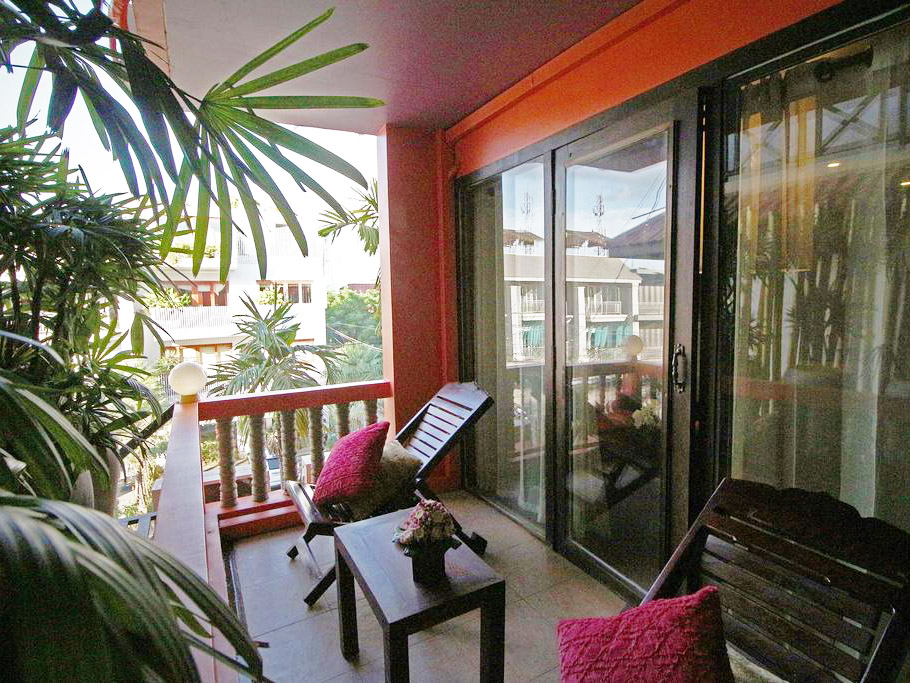 Less than a 5-minute walk from the Old Market area

Once we got to Beijing, even with all the planning and expectations, our experience was better than we thought we would get. Aileen managed all our questions with ease and all our wishes with pleasure. I felt like it was just the perfect amount of sightseeing and to experience the real Cambodia thanks to Ume.