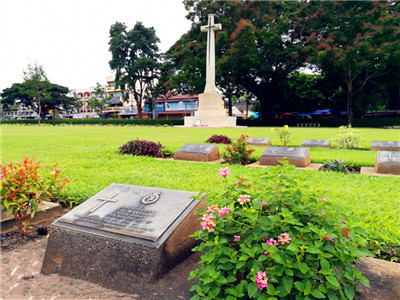 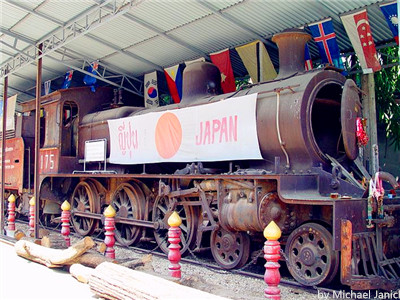 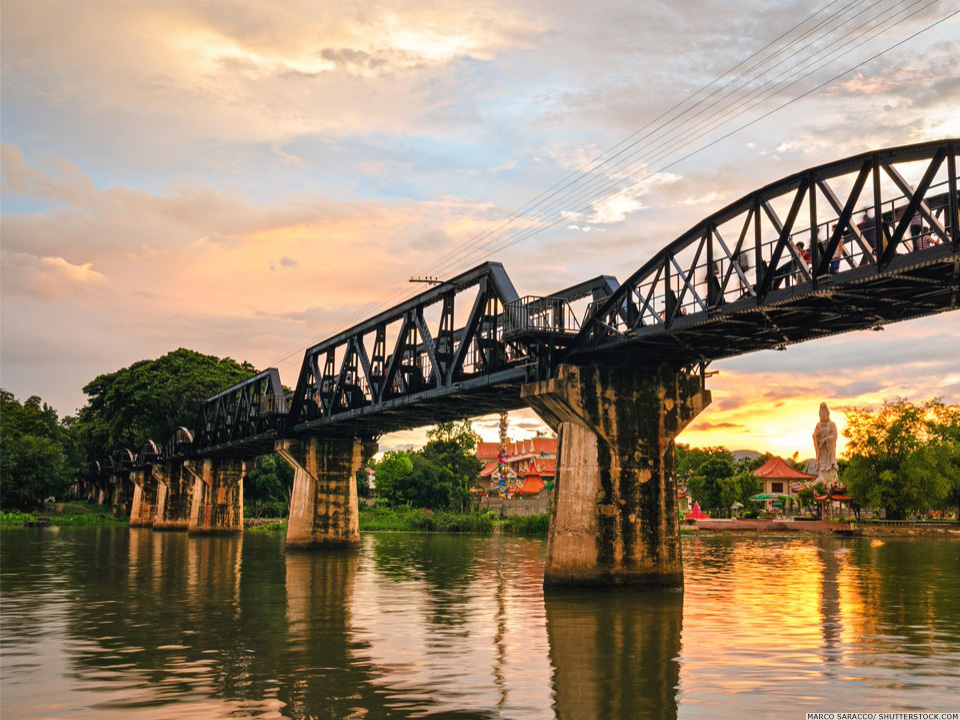 This morning, our private guide and driver will pick you up and drive 2.5-hour from Bangkok to Kanchanaburi. Your first stop will be at the Don Rak War Cemetery, you will learn about the history of the 6,982 Allied POWs who perished during the construction of Thai-Burma Railway.

Continue to JEATH Museum. It is dedicated to the Allied prisoners of war(POWs) and Asian labourers who suffered and died at Hellfire Pass and elsewhere in the Asia Pacific region during the Second World War.

After have learned about the basic historical knowledge of Kanchanaburi, you will visit the world-famous bridge over the River Kwai. The bridge was part of the Death Railway and was destroyed in Allied bombing raids towards the end of World War II but later rebuilt by the Japanese as war reparations. You will experience a short train ride on the historic death railway that memorialises the hard work of the POWs during the WWII. At the same time, taking in the views of the lush jungle scenery.
After the lunch at local restaurant with very good scenic view of river kwai, we will drive you to your last stop, which is the spectacular seven-tiered Erawan Waterfall. The waterfall consists of 7 plateaus and you can hike to the highest level through a small jungle path. Possible to swim in the clear water with fishes around you. Be sure to bring swimsuit and towel if you eager a dip!

Around 4:00 pm,you will depart from Kanchanaburi to Bangkok.

All activities as mentioned in the program