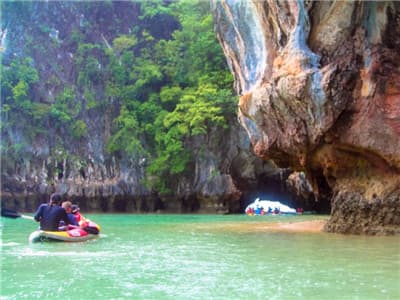 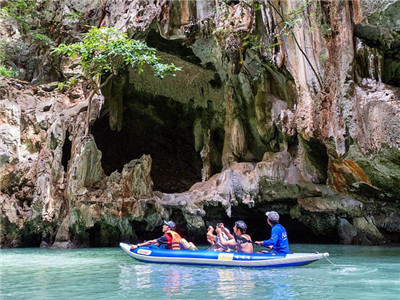 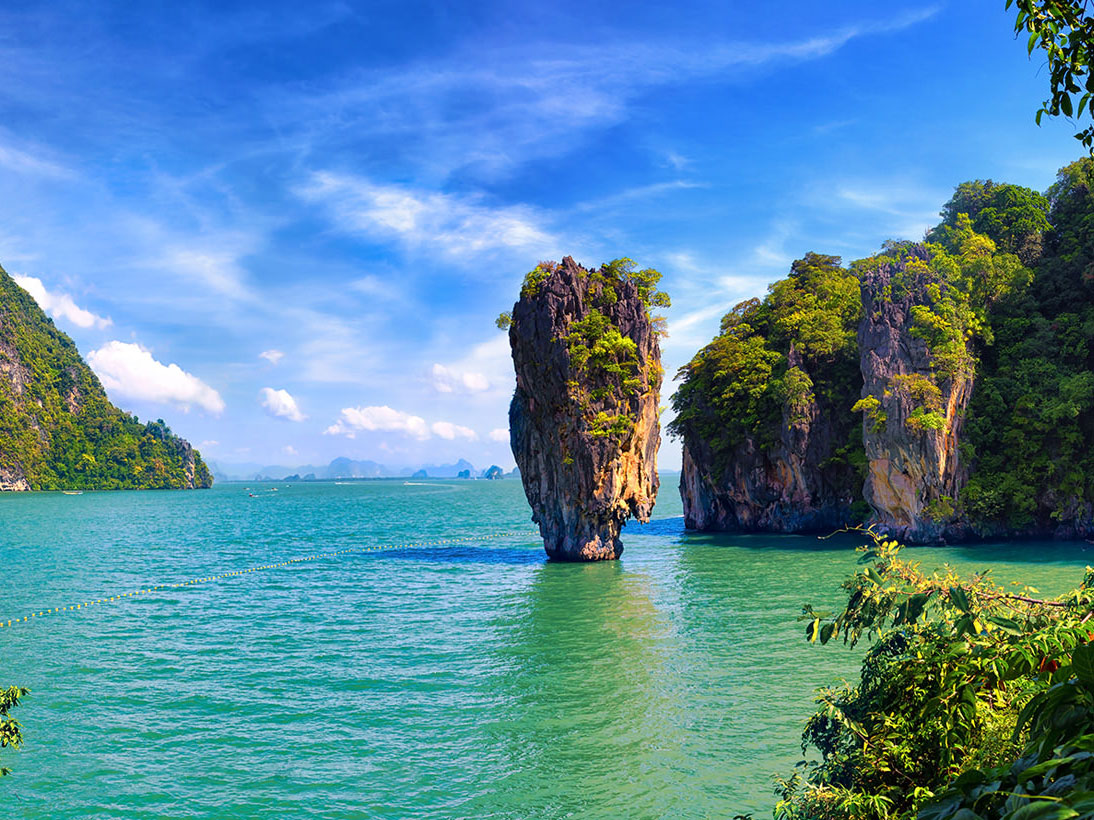 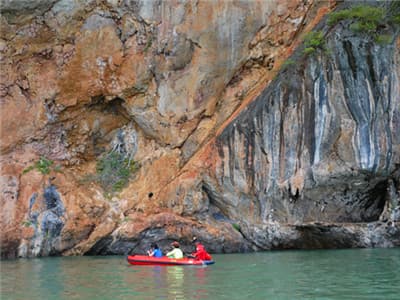 ASIA TRAVEL EXPERTS
From US $ 92 pp

Full-day join group tour by speedboat to explore Phang Nga Bay Marine National Park, famed for its rock formations rising out of the sea. On arrival, explore some of the area’s fascinating caves by inflatable canoe accompanied by an expert guide. Visit Hong Island as well as Dark Cave, Mangrove Cave leading to a lagoon with mangroves and Diamond Cave, named for a glittering flowstone inside. Cruise to James Bond Island (Khao Tapu), famous for being in the film ""The Man with the Golden Gun"". Continue to Panyi Island noted for its picturesque village built over small pilings and extending out across the water and inhabited mostly by Muslim fishermen. After a tasty Thai set lunch at a local restaurant, swim at Lawa or Naka Island before returning to Krabi and your hotel.

Round trip land transfer from hotel（private）