This Thailand tour is selected from across the whole country. If you desire of this beautiful country, go with us to discover the amazing Thailand now! Travel with a local guide and visit the ancient temples with hundreds of years, explore culture & natural beauty. From the metropolis to the pristine islands and rolling highlands, you will always have something to do!

Today you will fly to Chiang Mai. Upon arrival,your private guide is waiting for you at the airport to take you by private car to your hotel. Chiang Mai, with its lovely Lanna temples, charming traditions, unique food, family-friendly attractions and stunning setting is a gem in Thailand’s northern hills. There’s so much for tourists to do here, from cultural exploration to adventurous treks and food tours.

The Chiang Mai Night Market is open 7 days a week but many think the Sunday Night Market is the best place to go for traditional handicrafts and relaxed, friendly atmosphere. You can also stop on Nimmanhaemin Road to check out some of the area’s fun boutiques and great restaurants.

This morning, you will visit Chiangmai city tour by TukTuk, include Wat Pra Singh, It is one of over 200 ancient Buddhist temples located around the city, one of the most well regarded examples of Lanna architecture. And Wat Chedi Luang, The temple is the site of an enormous pagoda, originally 280 feet high, and which was partially destroyed by an earthquake in 1545. Then transfer by minivan to Warorot Market, to see and feel the real northern people’s way of life.

Lunch at a local restaurant before transfering to Doi Suthep Temple, the most sacred temple upon the hill with its enormous mythological Nagas staircase of 306 steps and inside the cloister is an intriguing copper-placed chedi topped by five-tier gold parasol, which contains relics of Lord Buddha.

Evening transfer to join the Loy Krathong and Yipeng festival at Naowarat bridge. Both of the Loy Krathong & Yee Peng Festivals are crebrating during October or November, if you come to Thailand during this time, you will be treated with a romantic view of waterways and skies across the country all lit up with floating krathongs and lanterns. While they are two different festivals, they’re usually celebrated at the same time. For the most part, Yee Peng is only celebrated in North Thailand while Loy Krathong is celebrated throughout the country. For Loy Krathong, decorated mini rafts are set afloat on the water while for Yee Peng, paper lanterns are released into the sky.Transfer back to hotel.

Yi Peng, a festival of lights celebrated mainly in the north of Thailand, overlaps with Loy Krathong, which is celebrated during the full moon of November and is Thailand's 2nd most important festival after Songkran. It is a time to be with family and friends and to make merit. People gather near lakes, rivers and canals to launch paper lanterns into the sky, and to float their 'krathongs' with loved ones. Krathongs are circular rafts made from banana tree trunks, which are decorated with flowers, candles and incence sticks. These offerings create a wondeful show of lights, both in the sky and on any body of water. It is believed that if you and your partner's rafts stay together after being launched, you will have a happy future together.

A half-day package to the Elephant Jungle Sanctuary (join activity) offers you an enjoyable opportunity to spend quality time with elephants in their natural home, as well as gain an insight into their history and behavior, and create cherished lifelong memories of their time spent with these amazing animals.

Today you will be picked up (private transfer) from your place of accommodation and will drive through scenic agricultural areas before arriving at the Sanctuary. There, you will meet your English-speaking guide and learn a little about the elephants, before changing into traditional Karen clothing.

After being allocated bananas and sugar cane to feed to the elephants, you will walk with your guide through the Sanctuary, where you will find free-roaming elephants and hear their individual stories. You can touch, feed, photograph, and interact with the elephants at your leisure while you learn about their lifestyle and behaviors.

After the close encounter with elephant, you will return to your hotel, the rest of the day is free at your leisure.

1. Please bring a change of clothes for you will get dirty and wet while washing and swimming with elephants. After those activities, you can have a bath in the bathroom there.

3. Please note that small deviations in the itinerary are sometimes necessary, depending on road conditions and other factors.

4. Mosquitoes are very common insects in Thailand. It is essential that you seek medical advice prior to travel, and especially if you are pregnant or have an underlying medical condition.

5. We do not recommend pregnant women to participate in this tour, as pregnancy should not stay too close to the big animal especially when bathing the elephant in the stream where there are lots of small stones that may be dangerous.

We will drive about 1.5 hours to the North direction of Chaing Mai to visiting the biggest cave - Chiang Dao cave ,the limestone cave and you can find some building in Burmese style.Then we will drive to visiting the famous temple for meditation - Wat Tham Phabong, with the beautiful view and very quiet. After that we will drive to the Long Neck tribe which in the past they move from Burma and still live here like the immigrants people. Lunch at the local restaurant.

In the afternoon we will drive to visiting the Grand Blue temple (Wat Baan Den) there are many buildings very beautiful and famous in Chiang Mai you must visit too.At the last we will take you to Sticky waterfall for relaxing and having fun, here it’s only one waterfall you can walk up and walk down at the waterfall without slippery.From here, we will return to your hotel and finish the wonderfal trip.

Enjoy your free time until your guide come and escort you to airport for your onward flight. 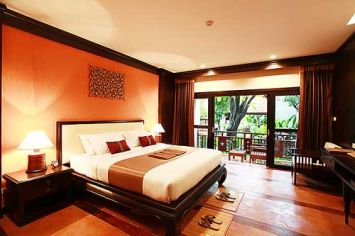 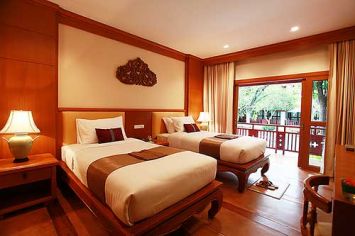 Room Type：Superior
Why this Hotel:

My experience was absolutely incredible. It was the first time I have ever done anything like this, traveling in a private tour.

I am very pleased also with the customer service provided by UME in booking the trip, and with Destination Services, the on-ground tour operator.

Full marks to this tour

Can't wait to go back!

We had a great time in Thailand and got to see a lot of incredible things!

Fernando our tour guide was great and very knowledgeable.