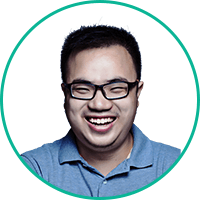 Bangkok lovers will love this holiday. This itinerary is suitable for people who make a short stop in Bangkok. You won't miss a thing when visiting this central area. During this 5 days trip, you will discover this big city layer by layer, you will start your tour by visiting the splendid Grand Palace to learn about the history of Bangkok, and uncover the hidden historical secrets in Ayutthaya.

Take a traditional long-tail boat to get the real sense of floating village then start your in-depth exploration to bargain in the 100+ years floating market by paddle boat.

Try local cuisine and local ferry during your visit to the must-see temples in Bangkok old city circle, from Grand Palace, Big Reclining Buddha to Wat Arun, you will like this way!

Our knowledgeable local guide will take you back to the Ayutthaya period to discover the unbelievable Thai-Burma war and to see how the historical Ayutthaya became ruins.

Board a comfortable scenic cruise back to Bangkok before you get bored of riding all the time during your Ayutthaya trip, slow down your step and enjoy your buffet lunch on board!

Ayutthaya is the center for the production of "Sweet Angel Hair"(Roti Sai Mai). A normal tour to Ayutthaya will always skip this special local snack, but we will not pass it!

Siam Niramit Historical Show is a must-see spectacle in Bangkok through which you can get an overall idea of the four dynasties of Thailand and its culture.

สวัสดีค่ะ Sawasdee ka！Welcome to Thailand! On arrival in Bangkok, your professional private guide will be ready to welcome you at the arrival hall.  You will be transferred to your hotel with a private car and driver. Your guide will help you with luggage and hotel check-in and ensure your arrival is worry-free.

Your trip will start by visiting Wat Trimit, this temple is known for its famous Golden Buddha constructing during the Sukhothai period. The image of solid gold is 3 meters high and weighs five and a half tons. Your second stop will be Wat Pho, it is one of Bangkok’s oldest and largest temples. Wat Pho was built by King Rama I about 200 years ago and houses the gigantic gold plated Reclining Buddha image. This unique image is 49 meters long and 12 meters high with beautifully inlaid mother-of-pearl soles, then your last stop is The Royal Grand Palace, the nations' landmark and the most revered royal monuments. You will see the Palace that was used for different occasions as The Coronation Hall, Funeral Hall, and Royal Guest House and the mysterious famous Emerald Buddha （Wat Phra Kaew）, the most revered Buddha image in Thailand. Lunch at a local restaurant, and then return to the hotel. The afternoon is free at leisure.

1. Wear something light and long when you visit palaces or temples. You’ll need to wear pants or a dress/skirt that extends well past your knees, and a top that fully covers your shoulders. If you don’t, the Grand Palace does offer clothes rental service in which you can borrow some stylish trousers and/or tops for a refundable 200 baht deposit from an office near the entrance. Hang onto your claim ticket, however, as you will need it to get that deposit back.

2. Asiatique is a nice place to chill out by yourself. It combined two of the most popular shopping experiences in the city: a night bazaar and a mall. Open from 17:00, spending an evening here is no problem: you’ll have good fun browsing the boutiques, picking up gifts or something for yourself; you are guaranteed to find something you would like to eat and if this isn’t enough entertainment, shows are performed nightly: Calypso ladyboy cabaret and soon, a classic Thai puppets performance.

Depart for a 1.5-hour drive through Bangkok's rural outskirts to Ayutthaya History Park. Begin by visiting the Bang-Pa-In Summer Palace, located 60 kilometers north of Bangkok, an impressive architectural blend of East and West dating back to the 17th century. Continue to Ayutthaya, which was the capital of the Thai Kingdom for 417 years. The city was founded in 1350 by King U-Thong and in 1767 it was destroyed by the Burmese army. Nowadays the ruins of the former city are on the UNESCO World Heritage list. Stroll around the ruins of several ancient temples including Wat Phra Si Sanphet, a former royal temple during Ayutthaya's days of glory; Wat Mahathat, where the roots of a tree surround the head of Buddha; and if time allows, Wat Chai Wattanaram, a perfect example of Khmer architectural influence. During the visit, your guide will take you to sample a notable local snack – Roti Sai Mai which is also referred to as 'Sweet Angel Hair'.

This afternoon, board a luxury boat and enjoy a Thai buffet lunch whilst cruising back to Bangkok. Witness the daily life of the river’s inhabitants and watch the scenery change from rural to cosmopolitan transfer back to your hotel on arrival at the pier.

Depart early morning for a 2-hour drive to the Maeklong Railway Market (also known as Rom Hub Market). It has a train running through the middle of it several times a day. Right down the middle and close enough to touch. Only in Thailand! Marvel at each seller quickly moves their wares via ingenious sets of easily-movable containers to avoid the coming train, once the train has passed， it’s back to business as usual.

Your second stop is the 100-year-old Damnoen Saduak Floating Market located 100 km (62 mi) from Bangkok, one of Thailand’s most famous attractions. Day-in and day-out from about 8 am to about 11 am, the Floating Market is routinely crowded with hundreds of vendors and purchasers floating in their small rowing boats selling and buying or exchanging their goods. You will have a chance to take a ride on a long tail boat to get the real sense of a floating village. After the long tail boat cruise around the village, you will stop at a transit point where you can choose to further explore the floating market by a 4-seat boat (at your own expense) or stroll around by the river's banks.

Free at leisure after breakfast, then depart for your international flight home or to your next destination. 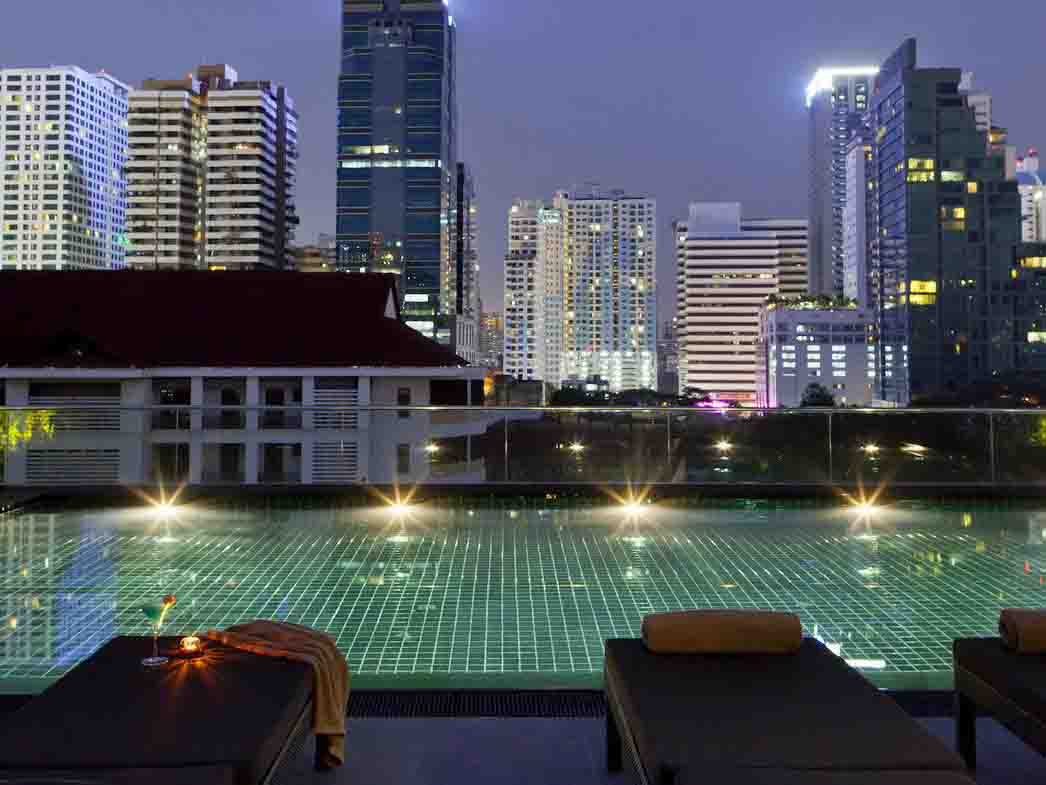 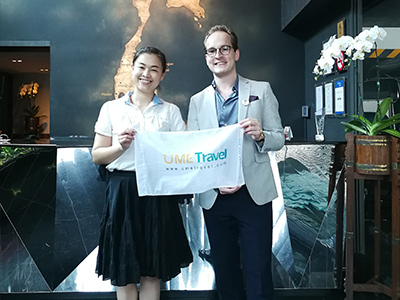 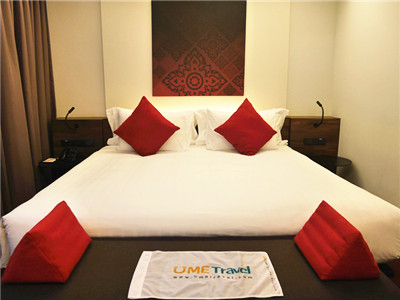 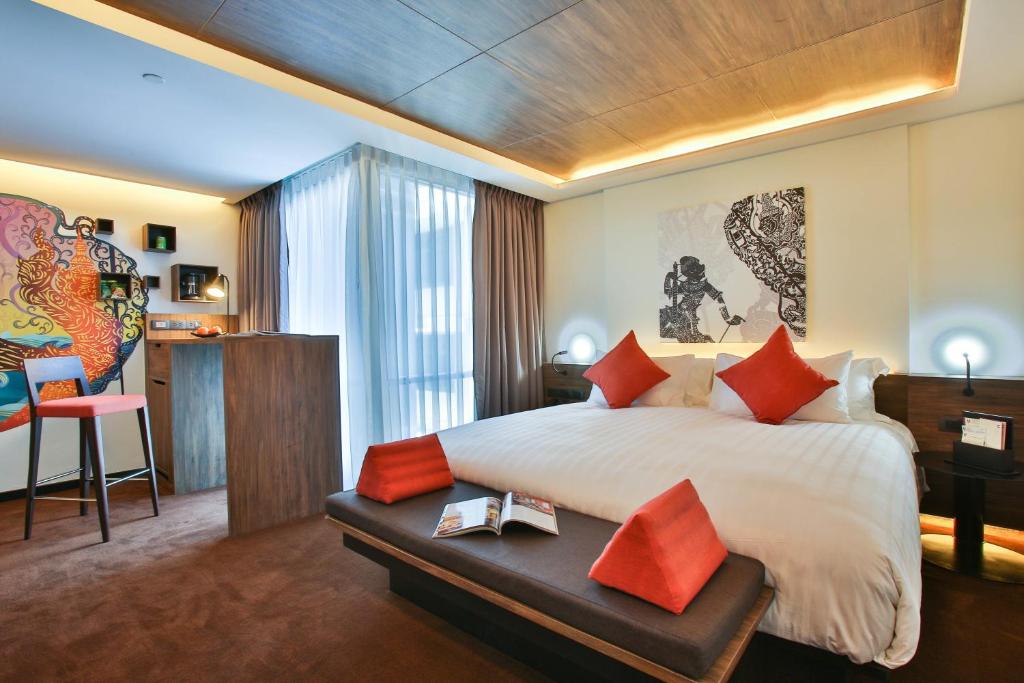 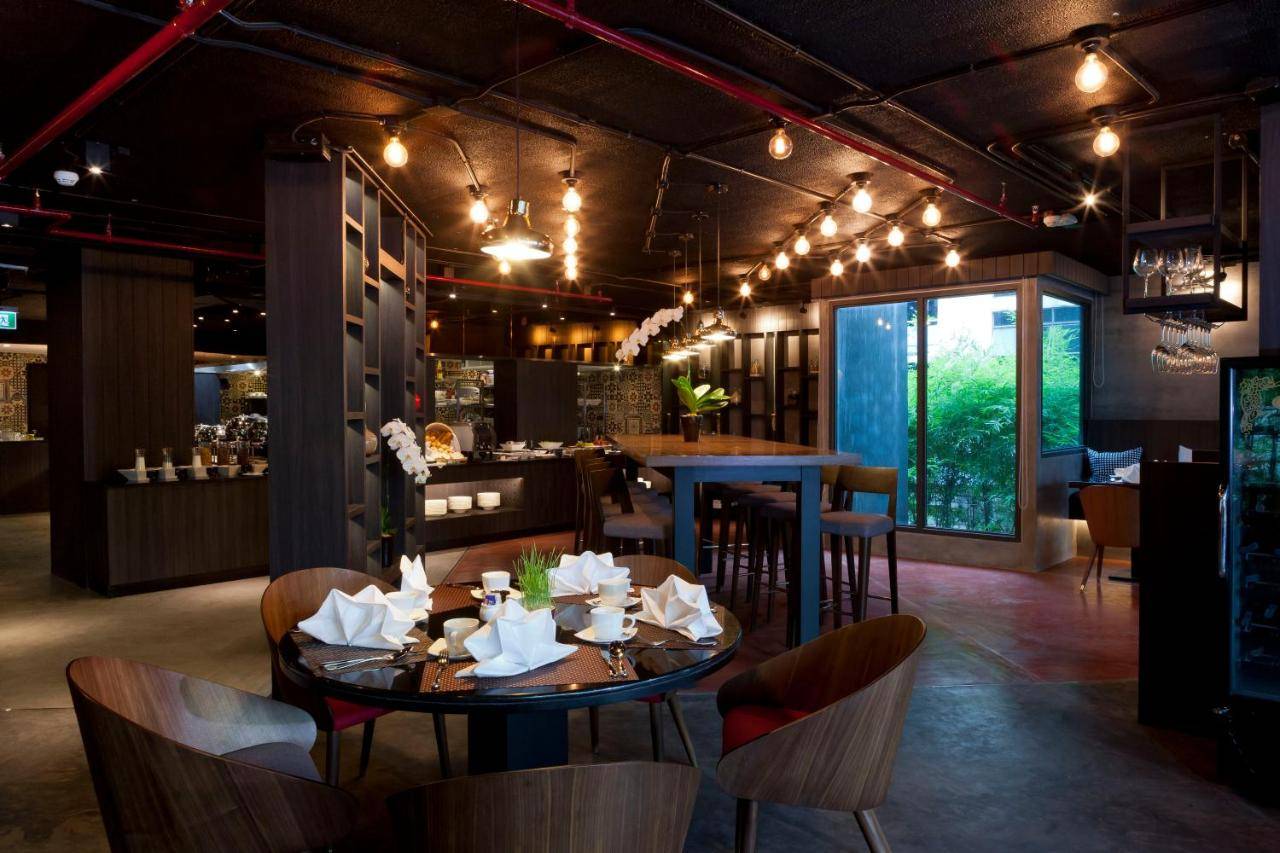 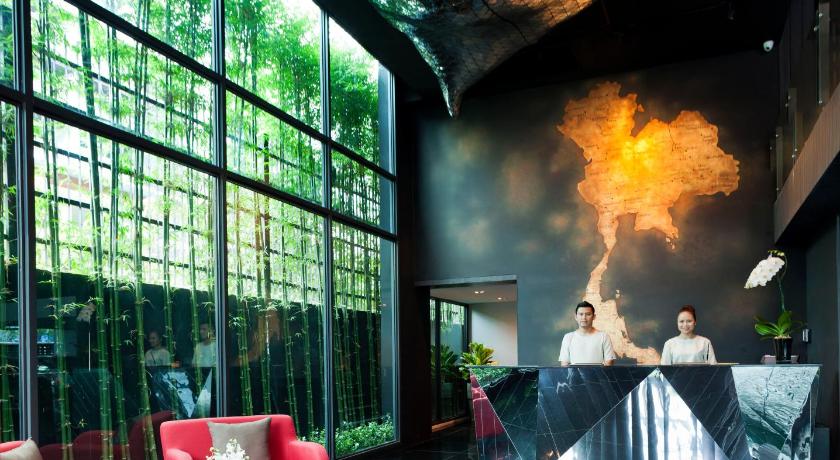 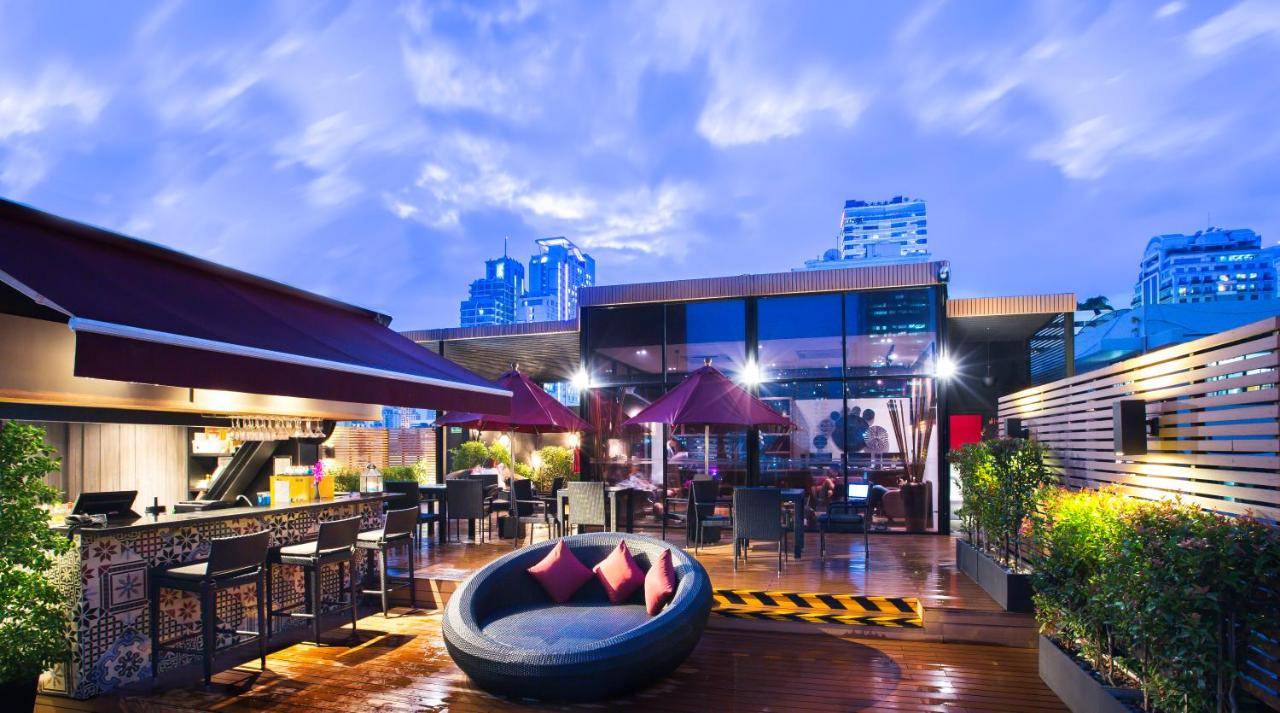 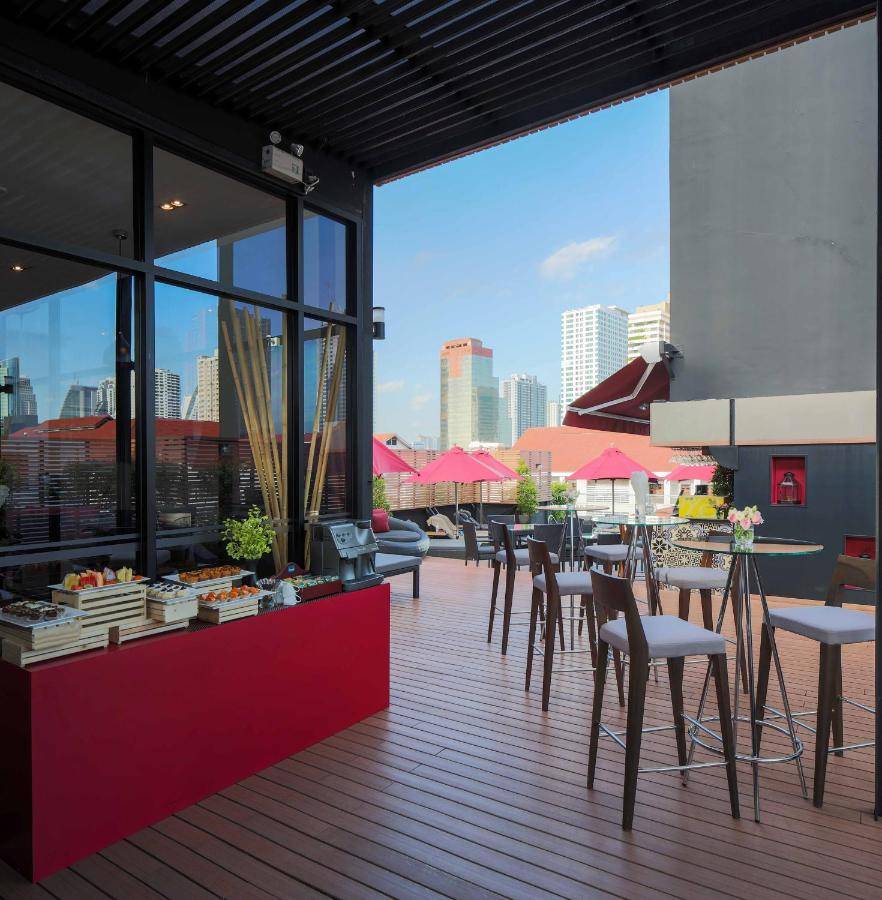 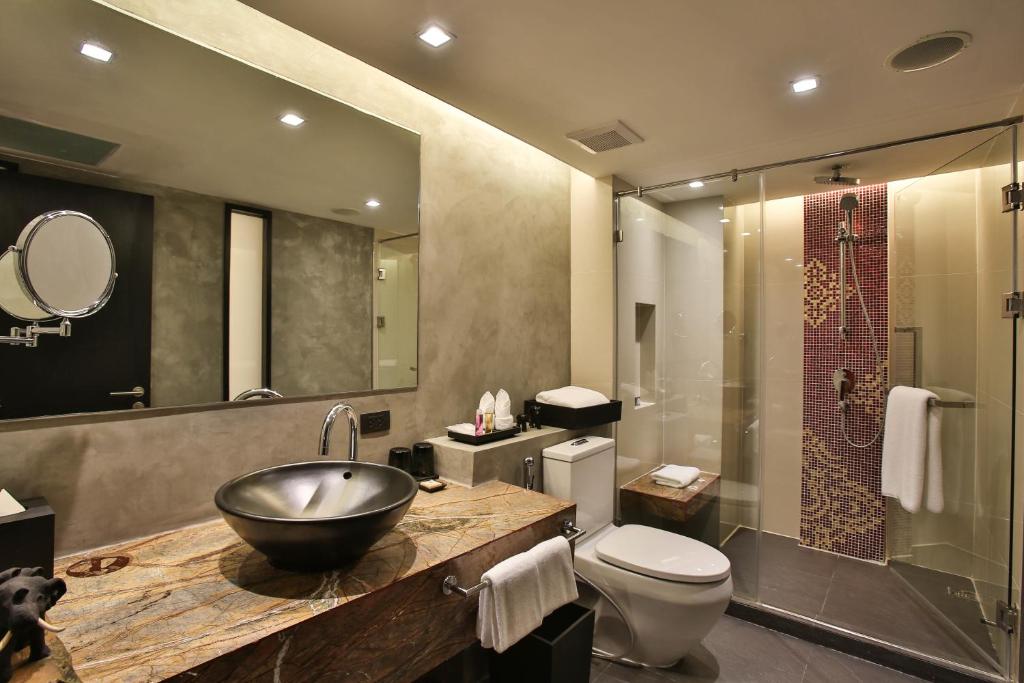 UME Travel has excellent expert in designing tours. Enjoy the days very much.

Wonderful trip, our guides were so knowledgeable and pleasant! The boat cruise to explore Ayutthaya was a highlight. This classic tour was great.

Throughout my life I have been fortunate enough to travel to many amazing countries and explore some truly spectacular sites. Thailand is obviously an absolutely stunning country.

Traveling to the other side of the world and meeting up with people you've never met can be a nerve wrecking experience. I had no idea what I was getting myself into. I wished for breath taking views and adventure that would be unforgettable.

Done the 5 day tour in Thailand. I have to say I can't praise our guide enough for his fun and interaction with the group and always going the extra mile to make sure everyone within the group was happy and content with what we were doing and giving an alternative if they weren't. Bangkok was an experience in itself, the tour of the temple was fantastic.

Beautifully built temple, at a great height. Would love to visit this place every time I go back to Bangkok. Marvelous tour.

We thoroughly enjoyed our 5-day tour in central of Thailand, Bangkok, Ayutthaya and Kanchanaburi. This was all due to the excellent hosting skills of UME Travel. The guide and driver are skillful. They met us at Suvarnabhumi International Airport on day one, drove us to our hotel in charming Bangkok, then explained the plan for day two. We visit Damnoen Saduak floating Market, the Grand Palace and the ruins in Ayutthaya, The Bridge on the river Kwai…etc. we also had Thai food cooking class in Bangkok. All were what we want and we were interested in.