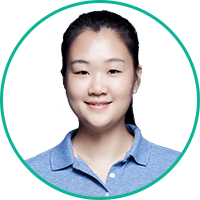 This Myanmar tour is selected from across the whole country. If you desire of this beautiful country, go with us to discover the amazing Myanmar now! Travel with a local guide and visit the ancient temples with hundreds of years, explore culture & natural beauty. From the metropolis to the pristine islands and rolling highlands, you will always have something to do!

Welcome to Cambodia! Being isolated for so many years, Myanmar remains a land of less-touched highlights. Today you will arrive in Yangon Mingaladon Airport and be greeted by your private tour guide and driver. Transfer to hotel for rest.

In the morning your guide will pick you up from your hotel and transfer to train station for a small tour with the circular Yangon train. During the trip you will have a unique perspective on the daily life of the city and its surroundings. Then we will disembark the train at Kyimyin Daing station and visit to local food market.

And then continue visit to the Bogyoke Aung San Market (Closed on every Monday), where you have a chance to browse for Myanmar crafts. After that visit to Mahabandoola Park to take a photo shot for a panoramic view of city, and then you have a chance to see the colonial building in Yangon downtown area.

Finally we will go to Kandawgyi Lake for a number of scenic photo opportunities on what is known in Myanmar as the ‘Royal Lake’ before we visit Shwedagon Pagoda, the most important religious structure in Myanmar and a point of pilgrimage for Buddhists across the globe.

Take a morning flight to Mandalay. Check in hotel and have some time to rest.You will continue to visit the ancient royal capital of Amarapura. Here you will visit Mahagandayon monastery, which is a school for young monks, and the nearby U Bein Bridge. It is more than two centuries old and at 1.2 km is the longest teakwood span in the world.

Today you will go to Mandalay jetty where you will take a short and pleasant ride upriver to Mingun, the site of what would have been the world's largest pagoda had not King Bodawpaya died in 1819 thus halting all further work. Later an earthquake in 1838 split the monument and reduced it to partial rubble. Nonetheless, the mammoth base of the unfinished pagoda is still a very impressive sight as we approach from the river.

Nearby you can also visit the Myathein Than Pagoda, Mingun Bell, moved from the zedi after the earthquake and now hung in a new shrine building. It is said to be the largest hanging un-cracked bell in the world. Return to Mandalay.

Afternoon sightseeing to another former royal capital, Inwa which was founded in 1364 and which lasted nearly 400 years as a royal capital. Highlights include the ‘leaning tower of Ava’, Maha Aung mye Bonzan, a brick-and-stucco monastery, and the elegant teakwood monastery Bagaya Kyaung.

Have breakfast and enjoy your free time until your guide come and escort you to airport for your onword flight.Upon arrival at Bagan Nyaung-u Airport, you will be greeted by your private tour guide and driver. Your professional guide will escort you to your hotel for check in, the rest of the day is free at your leisure.

Day 6 - Epic Scenary of Temples and Pagodas in Bagan

Today your sightseeing highlights includes Bagan’s distinctive pagodas such as Shwezigon, a prototype of later Myanmar stupas; Wetkyi-in- Gubyaukgyi, a 13th century cave temple with interesting fine frescoes; Ananda Pagoda, one of the finest, largest and best persevered in Old Bagan; and next to it you visit Ananda Ok Kyaung, one of the few surviving brick monastery buildings from the early Bagan period and Htilominlo Temple which is known to be the last Myanmar Style temple built in Bagan.

Afternoon's sightseeing highlights include more of Bagan’s impressive pagodas such as Sulamani Temple built in by King Narapatisithu, Dhammayangyi Temple, a massive later period temple with the finest brickwork in Bagan and Thatbyinnyu Temple which towering above the other monuments of Bagan.

Later you will enjoy Bagan famous sunset at the best place selected by your guide.

After some free time in the morning, you will be taken to Nyaung U Airport for onward flight to Heho Airport, 40 minutes away to Inle Lake. Transfer to your hotel and free at leisure. In the afternoon, we will take a boat trip in Inle Lake to observe local life.
You will start your sightseeing by long tailed boat to Inn Paw Khone Village where you can see lotus and silk weaving industries. Next visit Nanpan to see the traditional boat making, cheroot (Burmese cigar) making factory. And then continue our visit to Phaung Daw U Pagoda, which is the most highly revered monastery in the Inle Lake area. It houses five ancient images of the Buddha that are completely covered in gold leaf. And then visit to Nge Phe Chaung monastery and floating gardens.

Today’s your Inle Lake sightseeing start with a visit to Indein and it enchanting 17th century pagodas. To reach Indein and the nearby village you will take a boat ride up a small scenic creek that runs into Inle Lake. Then continue visit floating village of Ywama, the lake's downtown and largest village on the Inlay Lake, where you can see the gold and silversmiths workshop

Say goodbye to the peaceful lake and you will be taken to Heho Airport. Fly back to Yangon and connect with your international flight. 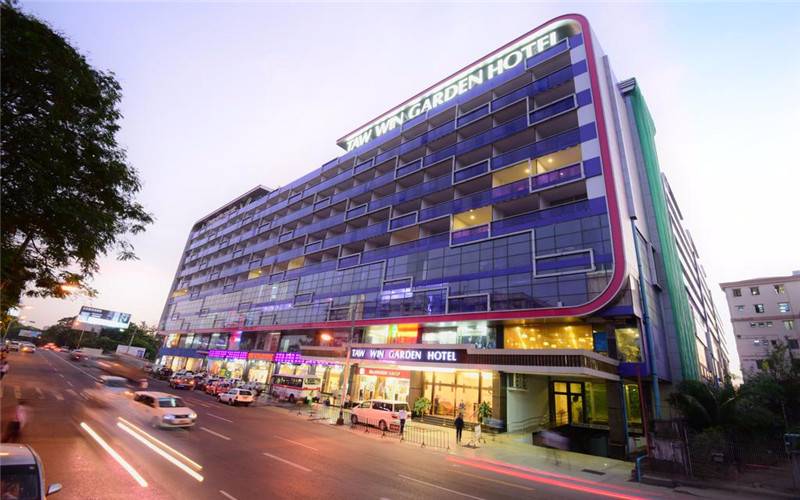 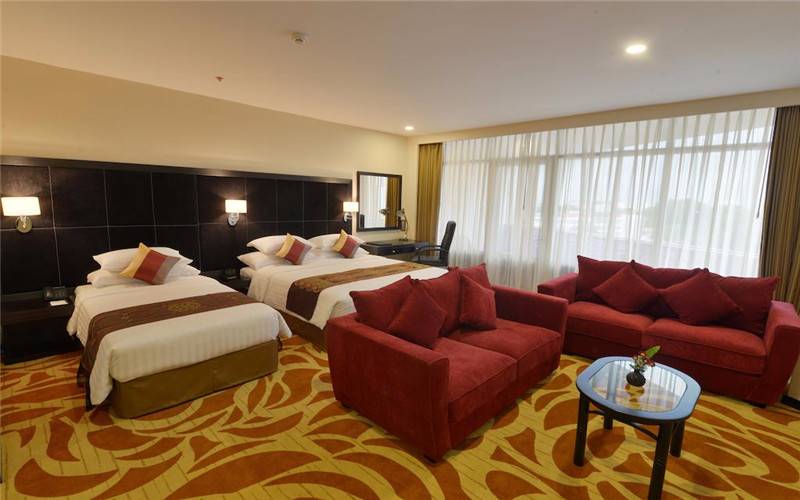 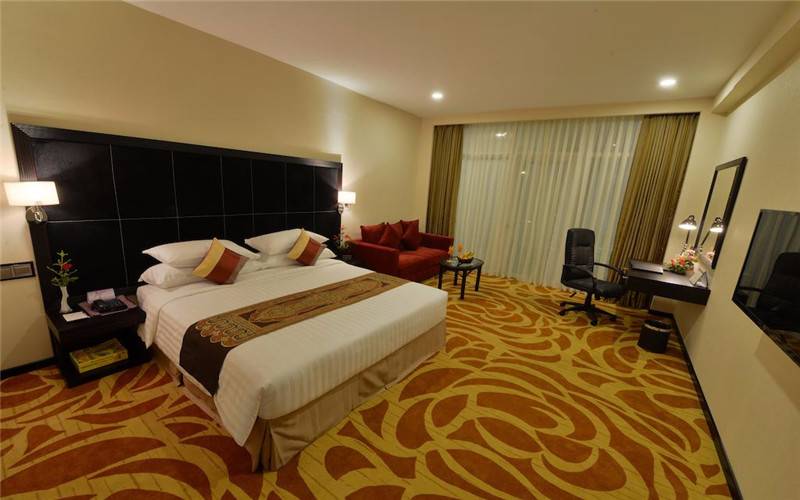 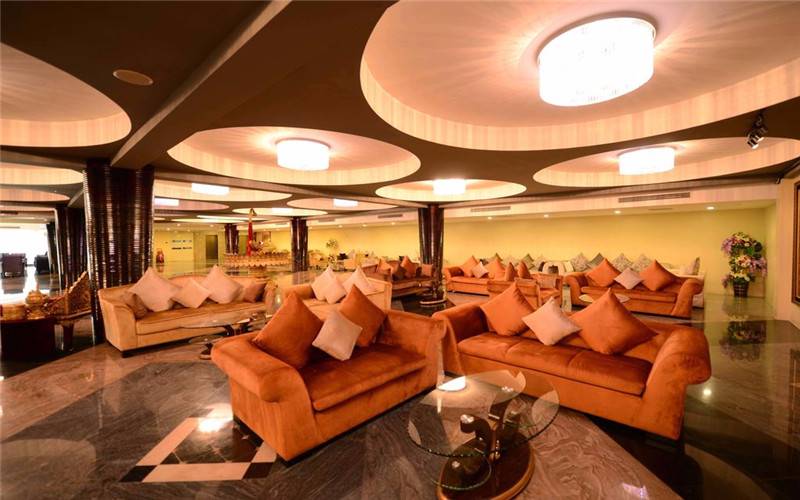 Chinatown can be reached within 10 minutes 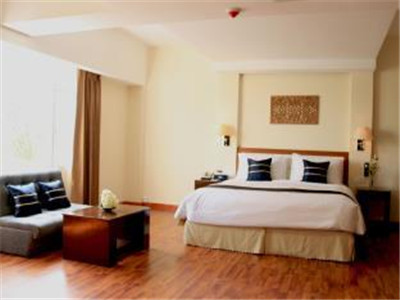 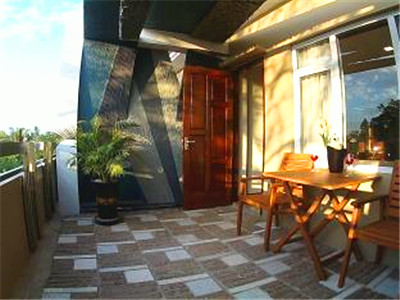 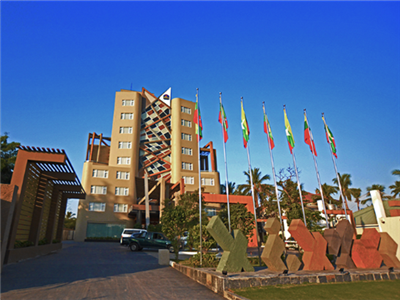 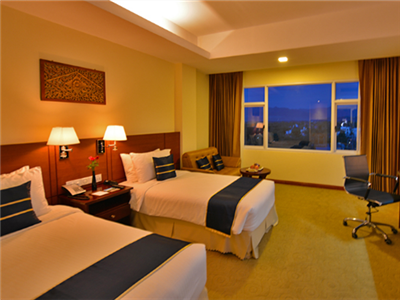 Sandamuni Pagoda is 1.8 km away 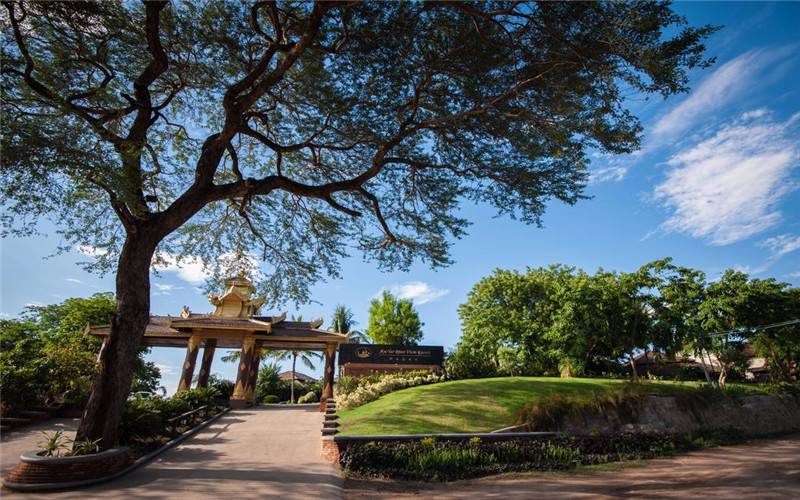 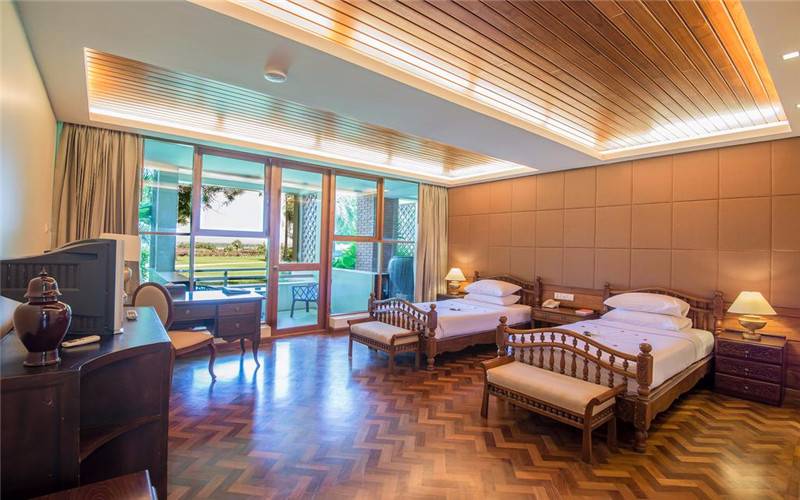 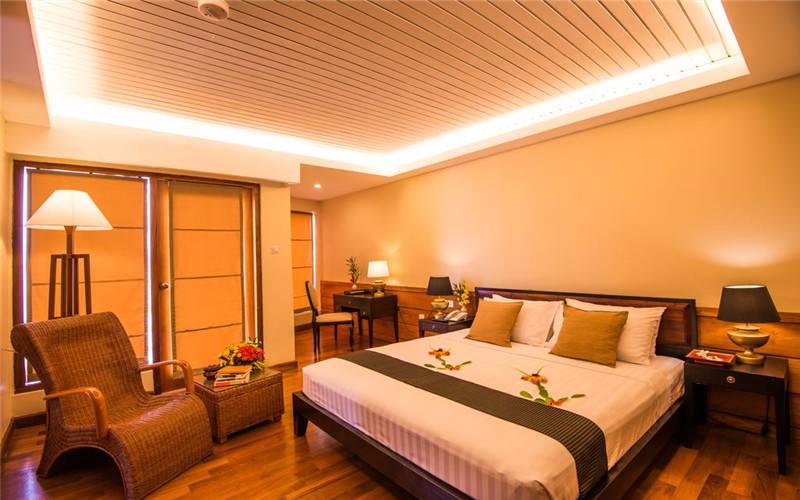 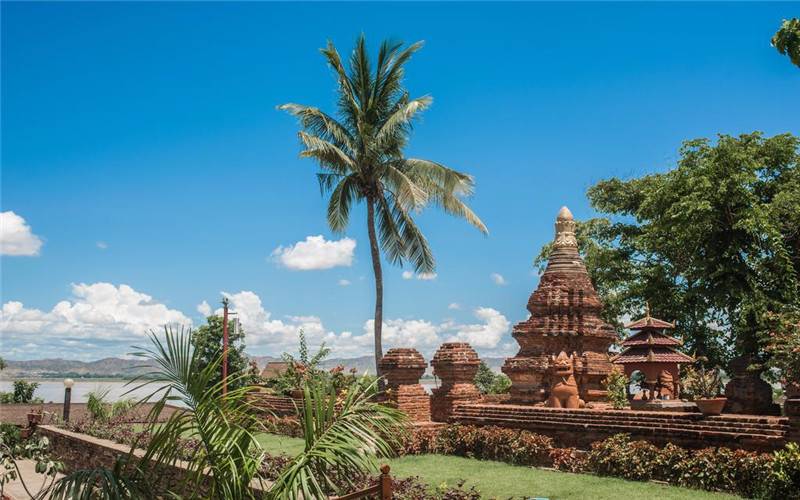 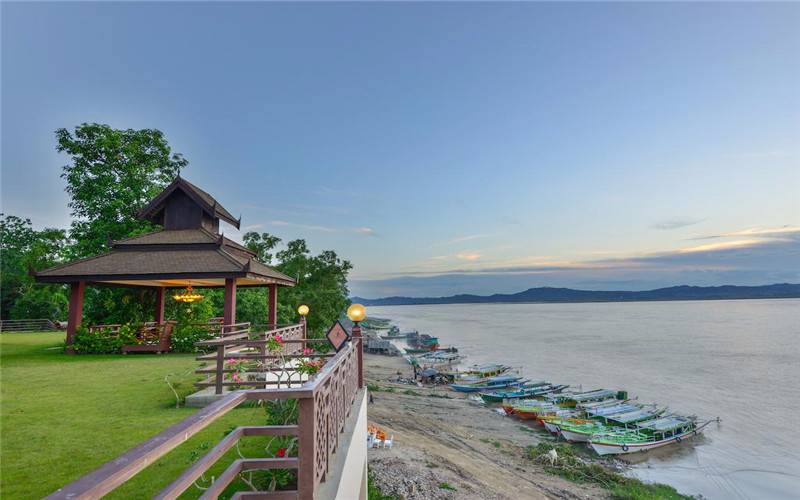 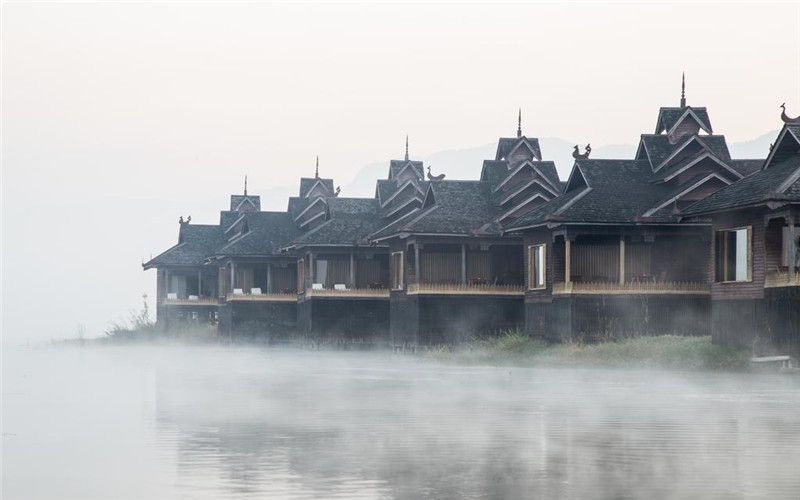 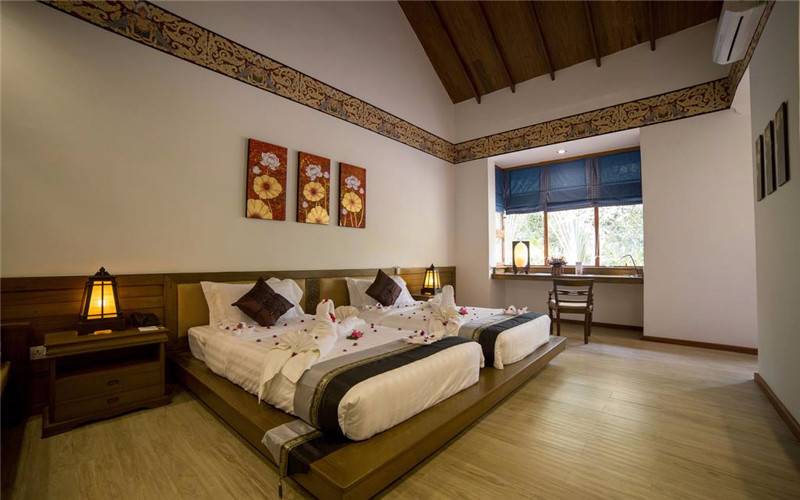 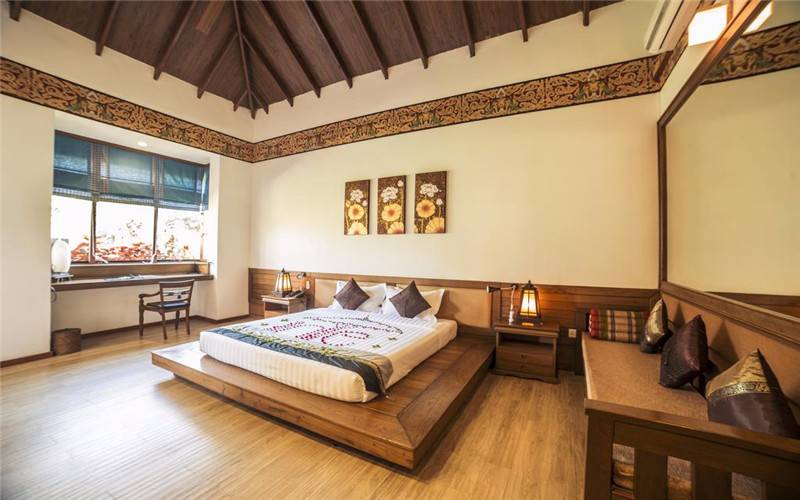 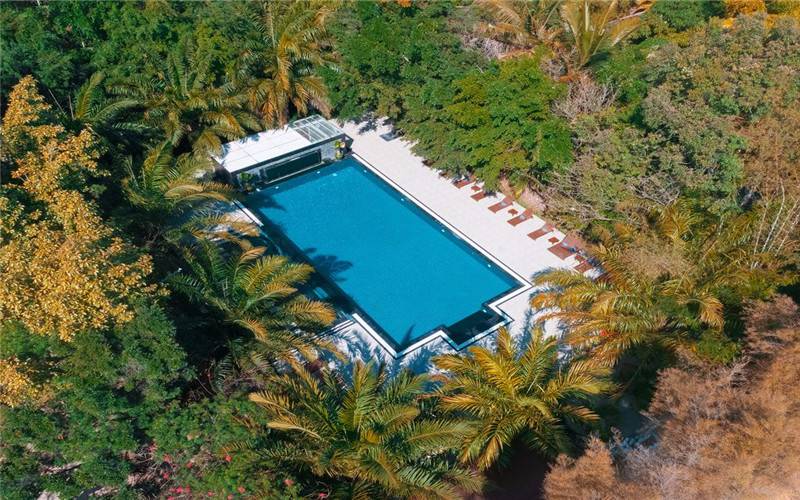 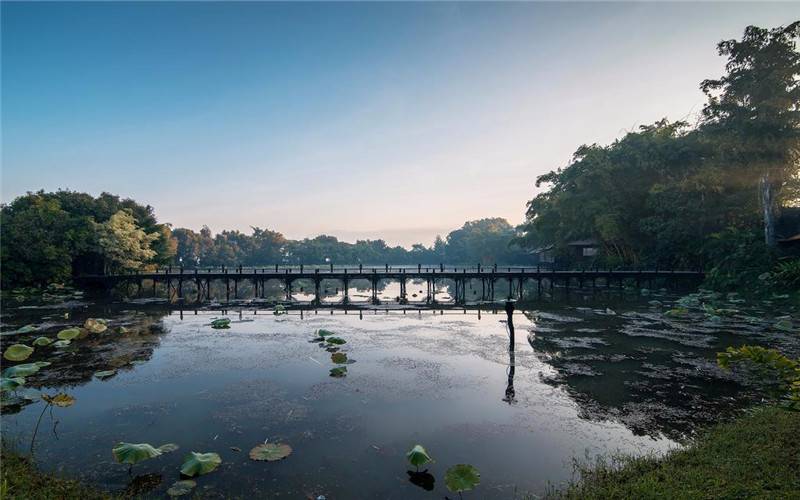 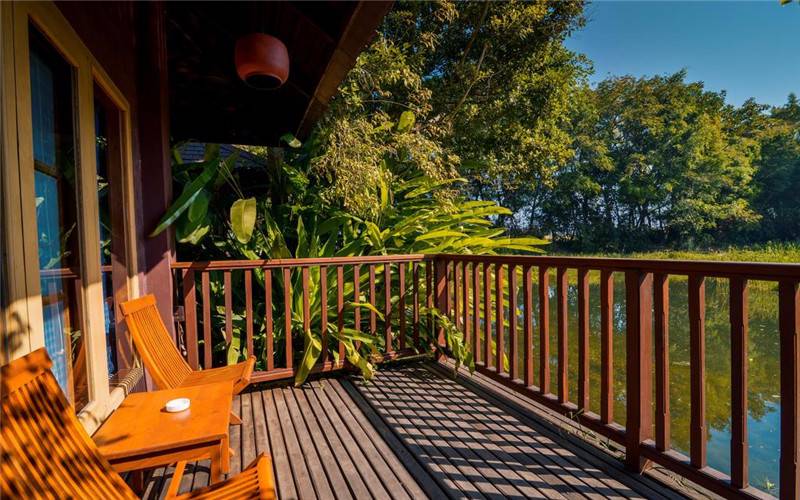 Room Type：Garden Cottage
Why this Hotel:

We booked the Myanmar Highlights Tour and were very happy we did it. Got a prompt reply from Aileen who provided very detailed info on cost, itinerary and where to meet driver once out. Transferred 10% of the cost via Paypal online and paid the balance in USD cash 30 days before the tour.

My wife and I had a 9- day tour in Beijing. We decided to book a tour with this company a few weeks before. The directions from the company were excellent and the whole tour was flawless from beginning to end.